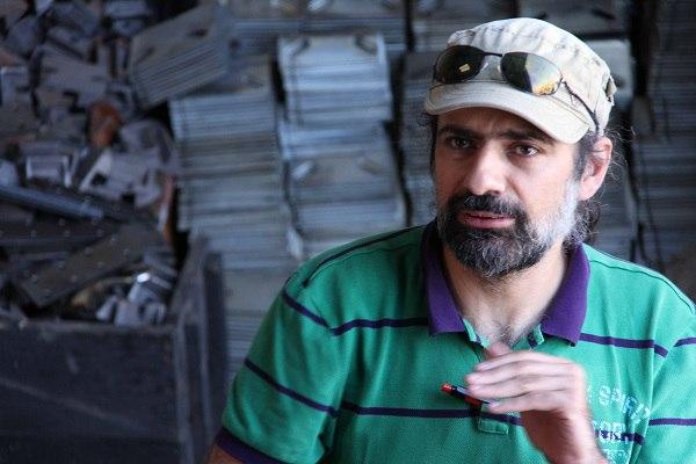 Navid (Reza) Mihandust, a writer and film and television director, was sentenced by the Revolutionary Court of Tehran to 3 years and 6 months in prison.

According to the Campaign for the Defense of Political and Civil Prisoners, Navid Mihandust was sentenced by Branch 28 of the Revolutionary Court of Tehran, headed by Judge Mohammad Reza Amouzad, to three years in prison on charges of “acting against national security through membership and cooperation with opposition groups to overthrow” and to 6 months in prison on charges of “propaganda activities against the Islamic Republic of Iran through slogan writing.”

If the sentence is upheld in the appeal court, by applying Article 134 of the Islamic Penal Code, the most severe punishment of 3 years imprisonment, will be applicable to Mr. Mihandust.

This Iranian movie director were arrested by the security forces of the Ministry of Intelligence on Wednesday, December 4th, 2019.

He was transferred to Ward 209 of the Ministry of Intelligence located in Evin Prison to be interrogated and informed of the charges.

After the interrogations was completed, Navid Mihandust was transferred to solitary confinement in the 3-person 209 ward of the Ministry of Intelligence.

He was temporarily released from prison after completing the interrogation process and being informed of the charges by posting bail until the end of the trial.

At the time of the director’s arrest, evidence on social media suggested that his arrest was linked to the production of a documentary called “Portrait of a Journalist.”

Navid Mihandust, director, editor of cinema and television, has worked in films such as “Whatever God Wants”, TV series “Glass Wall” and “Maybe It Happens to You”.