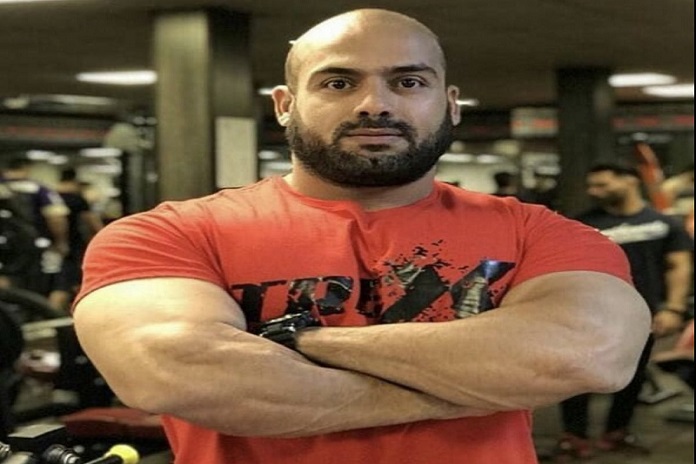 Khaled Pirzadeh, a political prisoner imprisoned in the Greater Tehran Prison, to protest the lack of medical care and the authorities’ opposition to his request for parole, started a hunger strike on the morning of Monday, February 22nd, 2021.

On Wednesday, February 24th, 2021, this political prisoner announced in an open letter that he had also sewn his lips in protest to no consideration of his demands.

According to the report received, Mr. Pirzadeh, after sewing his lips on Wednesday, he has refused to take heart medication and his heart rate increased to 110.

Khaled Pirzadeh went on a hunger strike to protest his request for parole. He previously was placed on a list of parolees by prison officials.

It is said that the director of the 9th ward of prison in Greater Tehran has opposed the conditional release of this political prisoner.

Mr. Pirzadeh was beaten and injured in the back and leg by Evin security forces and Special Guard officers during his arrest and transfer from Evin Prison to Greater Tehran Prison.

According to the report, on Wednesday, July 22nd, 2020, Khaled Pirzadeh, a political prisoner, was severely beaten by Evin Special Guards officers after his resistence from being transferred from Evin Prison to Greater Tehran Prison. The pain became severe and he was unable to move his leg.

The transfer took place in a situation where the law on the principle of segregation of prisoners is not practiced in the Greater Tehran Prison, and this prison lacks the necessary standards.

In July 2020, he underwent foot surgery, but still needs more surgery and physiotherapy.

Khaled Pirzadeh, a political prisoner, was arrested in May 2019 on Khosh Street in Tehran by security forces while he was severely beaten and injured in the back.

He was transferred to Haft Chenar police station after his arrest.

Khaled Pirzadeh was interrogated in ward one of the IRGC. After 19 days, he was transferred to the Second Branch of the Evin Prosecutor’s Office to be charged.

Mr. Pirzadeh was charged by the Second Branch of the Evin Security Prosecutor’s Office, headed by Investigator Nasiripour.

After the end of the interrogation process and being charged, for the temporary release of Khaled Pirzadeh, a bail of 200 million Tomans was issued, but this political prisoner was not able to provide this bail.

Branch 36 of the Tehran Court of Appeals, presided over by Judge Ahmad Zargar, upheld the verdict.

Based on Article 134 of the Islamic Penal Code, the most severe punishment 5 years imprisonment for Mr. Pirzadeh.