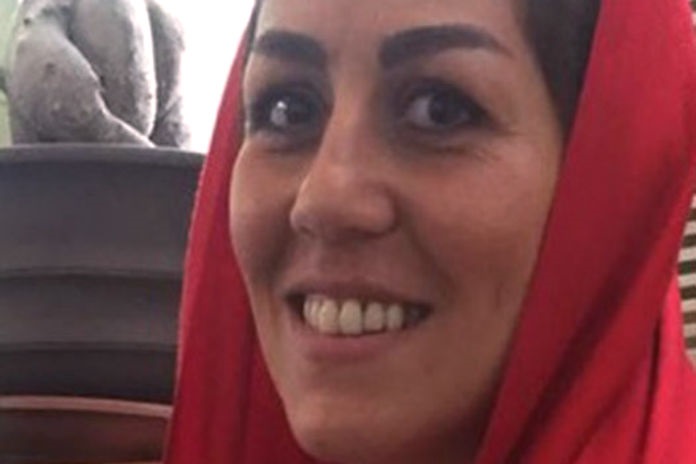 According to the Campaign for the Defense of Political and Civil Prisoners, Maryam Akbari Monfared, a political prisoner who has been serving a prison sentence since 2009, was exiled from Evin Prison to Semnan Prison on Tuesday, March 9th, 2021.

This political prisoner, has been deprived of her right to temporarily prison leave during her 12 years of imprisonment.

She was first tried in June 2010 on charges of supporting the Mojahedin Khalq Organization (MEK), whose activities are banned in Iran, and was convicted of moharebeh (“war against God”).

The charge of moharebeh is one of the crimes related to Islamic boundaries and carries certain and serious punishments according to the laws of Islamic Sharia.

Ms. Monfared was charged just for making telephone calls to her relatives who are members of the Mojahedin Khalq Organization (MEK).

The accusation that Ms. Monfared has always denied being a “member of the Mojahedin Khalq Organization” or a follower of this organization, and there is no evidence to prove otherwise.

In June 2010, Abolghasem Salavati, a judge in Branch 15 of the Islamic Revolutionary Tribunal of Tehran, sentenced Maryam Akbari Monfared to 15 years in prison on charges of moharebeh.

This sentence was upheld by the Supreme Court in September 2010.

The charge against the Ms. Monfared could have been dropped under the new Islamic Penal Code, but they did not practice this law for her.

Maryam Akbari Monfared was sentenced according to the former Islamic Penal Code, which was replaced by new laws in 2013.

Under Article 186 of the old laws, any member or supporter of an organization that took up arms in order to overthrow the Islamic Republic was considered a moharebeh (“war against God”).

Even if that person had not personally participated in any of the armed activities of that organization.

In the new laws enacted in 2013, the old Article 186 was revised and replaced with several articles, including Articles 279 and 278.

The new regulation took a significantly narrower scope than the conventional view of the crime of moharebeh, including restricting moharebeh to the fact that a person is either a member of an armed group or takes up arms in person.

Thus, this crime is not applicable to the supporters of such an organization, nor can it be applied to those who contact members of the organization or personally support their views.

For this reason, if Maryam Akbari Monfared was tried under the new law, she would not be convicted of moharebeh.

Since meeting relatives at Camp Ashraf in Iraq (where her family members lived) is not a reason to be member of or follow the MEK.

In addition, according to Article 10 of the new law, when such changes in the law take effect, and the new law is in the defendant’s favor, and must be preceded, and applicable to all those convicted under the old law.

Thus, Maryam Akbari Monfared should have been acquitted and released immediately from prison.

In 2015, Maryam Akbari Monfared, arguing that according to Articles 10 and 279 of the new law, her sentence should be overturned and from prison sent request for retrial to the Supreme Court.

In April 2016, the Supreme Court rejected her request for a retrial.

Following this ruling, Akbari Monfared’s case was returned to Branch 15 of the Islamic Revolutionary Tribunal of Tehran.

Under the laws relating to these crimes, she should serve an easier and shorter sentence; For example, according to Article 499, a maximum of 5 years in prison.

Under no circumstances should Maryam be sentenced to a harsh sentence, such as the one she received in the beginning for moharebeh charge.

Maryam Akbari has been subjected to violent and punitive behavior throughout her imprisonment.

Authorities did not allow her to take any medical leave despite serious thyroid problems and other medical problems that needed treatment.

She was not even allowed a day off from prison. (Prisoners in Iran can be temporarily released from prison to visit their families).

Punitive behavior is the price a political prisoner normally pays in Iran; Especially prisoners who openly speak about their unjust imprisonment or inhumane conditions in prison.