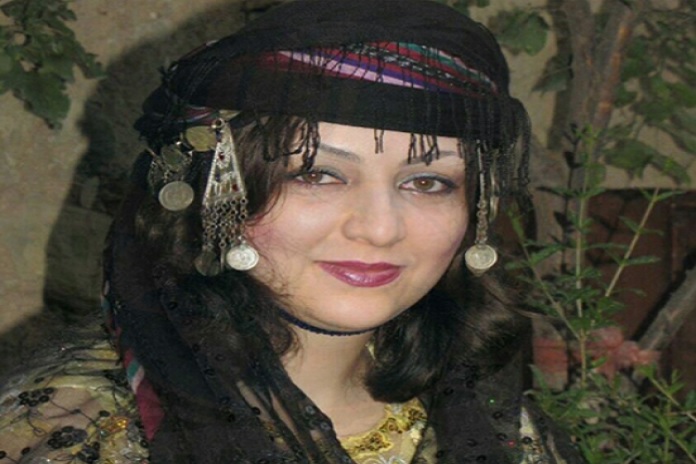 Mojgan Kavousi, an Iranian Kurd, writer and researcher, imprisoned in Evin Prison, ended her hunger strike on the evening of Tuesday, May 25th, 2021.

According to the Campaign for the Defense of Political and Civil Prisoners, Mojgan Kavousi, an Iranian Kurd political prisoner who had been on a hunger strike since Sunday, May 16th, 2021, in protest to the authorities’ preference in implementing the circular on sending prisoners on leave, announced the end of her hunger strike on May 25th, 2021.

The political prisoner ended her hunger strike after serving more than a year in Evin Prison without granting a temporary prison leave.

Ms. Kavousi has also been denied a face-to-face visitation, and despite the fact that her family comes to Tehran from Kelardasht to visit her, their meeting takes place in a cabin.

She had previously been denied prison temporary leave by the Evin Prison Disciplinary Council following a hunger strike to protest the refusal to grant leave.

On Tuesday, September 30, 2016, Mojgan Kavousi, a Kurdish political prisoner from Kelardasht who is serving her sentence in Evin Prison, went on a hunger strike to protest authority refusal to grant her temporarily prison leave as well as the discrimination for the phone call to the families.

This political prisoner, who suffers from gastrointestinal disease and hemorrhoids, was sent to Taleghani Hospital to undergo surgery in the women’s ward of Evin Prison on Wednesday, September 16th, 2020.

Mojgan Kavousi, a Kurdish writer and researcher from Kelardasht, was arrested and transferred to Nowshahr Prison to serve her sentence on Tuesday, May 19th, 2020.

The citizen was sentenced to three years in prison on charges of “propaganda against the regime”, “encouraging people to disrupt public order” and “membership in anti-regime groups”.

On Friday, March 6th, 2020, the Court of Appeals increased her 69 months prison sentence that was issued by First Branch of the Revolutionary Court, to 76 and a half months in prison.

Ms. Kavousi was arrested by IRGC intelligence agents and was transferred to the detention center of this security institution in Sari for interrogation on Monday, November 18th, 2020. After 22 days of detention in the IRGC Intelligence Detention Center in Sari, she was transferred to the Nowshahr Prison women’s ward. She was released from prison on 100 Million Tomans bail pending her trail.

Mojgan Kavousi, a Kurdish writer and cultural activist from northern Iran, has a master’s degree in fine arts and has made two documentaries in recent years, “Hiva” and “Bar Bad”.
the writer
Rahim Eliassy