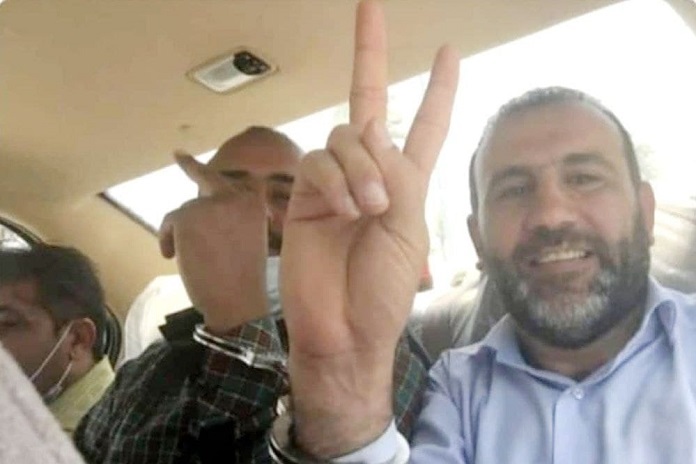 Gharib Huyzawy, an Iranian Arab labor activist, was detained by Ahwaz security forces and taken to an unknown location.
According to the Campaign for the Defense of Political and Civil Prisoners, Gharib Huyzawy, a fired labor activist of the Ahwaz Steel Company, was arrested by security forces and transferred to an unknown location today, Tuesday, June 22nd, 2021.
This Iranian Arab labor activist was fired by the employer’s legal representative, at a meeting held at the Ahwaz Labor Office to consider his complaint on Saturday, June 12th, 2021.
Gharib Huyzawy and his colleague Hossein Rezaei were prevented from entering the company by the Ahwaz Steel Company’s guard on March 30th, 2021.
On April 4th, 2021, a group of workers from different parts of the company gathered in front of the assembly hall and demanded the fired worker return to work.
According to a reliable source, these workers’ contract was not completed yet, but the company has taken this action based on a clause in the contract which makes the employer able to dismiss the workers in case of dissatisfaction with them.
Gharib Huyzawy had previously been detained and was released on bail from Sheiban Prison in Ahwaz on Tuesday, January 9th, 2019.
In November and December of 2018, the workers of the National Steel Group, in support of Haft Tappeh sugarcane workers’ protests, organized large gatherings in the cities of Shousha and Ahwaz.
“Payment of deferred wages”, “resumption of production and supply of raw materials”, “establishment of social and supplementary insurance” and “attention to the living conditions of workers” were among the demands of the workers of this complex.
From the evening of Monday, December 17, to Tuesday, December 18, 2018, security agents arrested at least 41 workers of the Ahwaz National Steel Company.
The National Steel Industry Group was managed by Amir Mansour Aria Investment Group in Ahwaz. According to the workers, after filing a lawsuit against the accused in the case, who was executed, the industrial unit came under the supervision of the judiciary and was later transferred to the private sector.