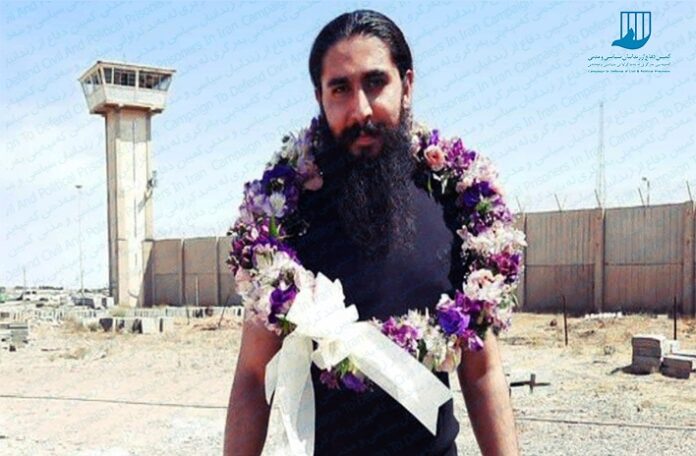 According to the Campaign for the Defense of Political and Civil Prisoners; on Sunday August 8th, 2021, Kianoosh Abbaszadeh, one of the detained Gonabadi dervishes, was conditionally released from the Greater Tehran Prison after enduring three years and six months imprisonment.

According to informed sources; Mr. Abbaszadeh was sentenced by Branch 15 of the Revolutionary Court of Tehran, headed by Judge Abolghasem Salavati, to 16 years and 6 months in prison, 2 years in exile in the city of Sib and Soran in Sistan and Baluchestan Province, and other social deprivations.

Mr. Abbaszadeh, the son of Nazila Nouri, a former dervish prisoner, was arrested during the Golestan 7 incident along with hundreds of other dervishes, and transferred to the Greater Tehran Prison on early morning of February 20th, 2018.