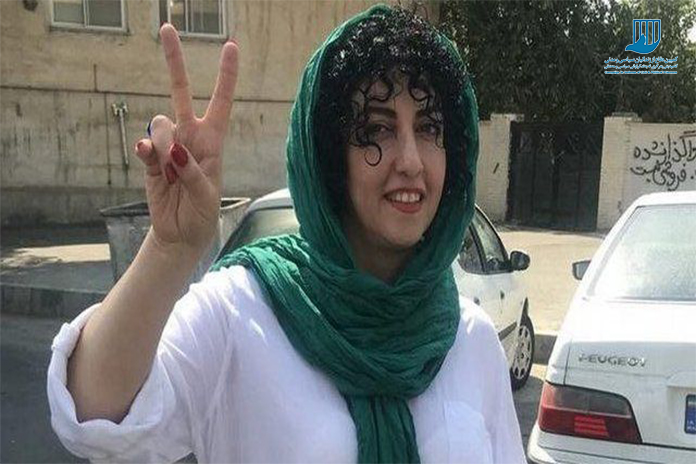 Narges Mohammadi, a human rights activist and spokeswoman for the Defenders of Human Rights Center in Iran, confirmed her recent sentence of imprisonment and flogging, and said that she had been summoned to the Evin Courthouse to serve her sentence.

According to the Campaign for the Defense of Political and Civil Prisoners; Narges Mohammadi, a human rights activist and spokeswoman for the Defenders of Human Rights Association in Iran, has been summoned by Evin Prison.

Ms. Mohammadi was sentenced to 30 months in prison, 80 lashes, and two fines in a new sentence issued by the Tehran Criminal Court.

These new sentences relate to two cases that were filed against her upon her arrival in Zanjan Prison; One is related to the female prisoners’ sit-in protest in Evin Prison against the killing of protesters in November 2018, and the other is related to Ms. Mohammadi’s protest and complaint against the treatment she received during her transfer from Evin Prison to Zanjan Prison.

“I have not attended in any judicial authority location or trial since the beginning of the case, and I have not even written a line for defense or have not a lawyer,” she wrote on her Instagram. She said that she would not go to prison despite being summoned and if she is forcibly returned to prison, she will protest inside the prison.