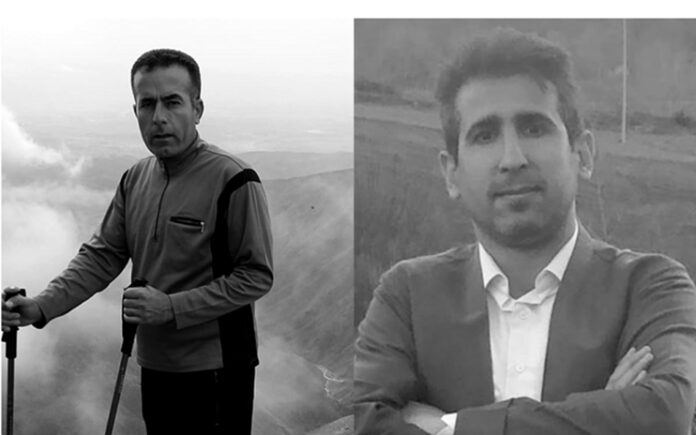 Khabat Khatial and Jahangir Saghernia, two environmental activists, were detained by security forces and taken to an unknown location.

According to the Campaign for the Defense of Political and Civil Prisoners; on Wednesday, November 17th, 2021, two environmental activists, Khabat Khatial, 40, and Jahangir Saghernia, 33, were arrested by security forces.

According to this report, Jahangir Saghernia, a member of the Piranshahr Environmental Supporters Association, was arrested in the center of Piranshahr, but Mr. Khatial was arrested after being summoned to the Ministry of Intelligence.

The two members of the Piranshahr Environmental Supporters Association have been arrested without a court order.

According to an informed source, Mr. Khatial has recently been under pressure from security agencies because of his activities in the book cafe “Andisheh” in Piranshahr.

As of this writing, no information is available on the reason for the arrests and the charges against the two environmental activists.