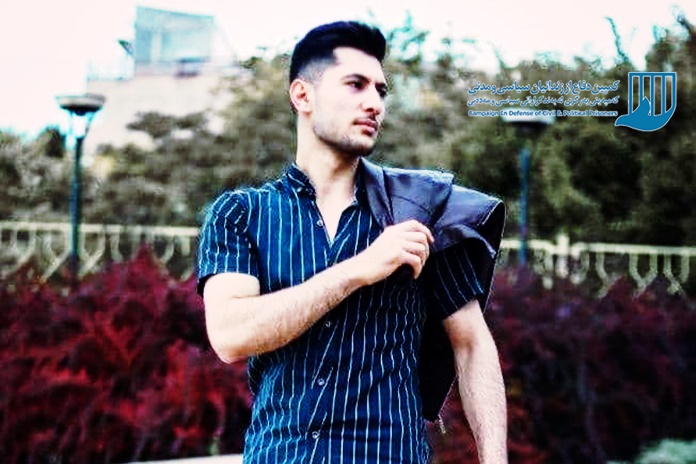 Mohammad Emami was sentenced to imprisonment and flogging by the Revolutionary Court of Tabriz. He was arrested during a street protest in the city of Tabriz in support of the Iranian-Arab people of Al-Ahwaz’s demands and the systematic discrimination against the people of Azerbaijan.

According to the Campaign for the Defense of Political and Civil Prisoners; Mohammad Emami was sentenced by Branch 113 of the Tabriz Criminal Court to 16 months in prison and 40 lashes.

According to this report, the prison sentence issued by the Revolutionary Court of Tabriz have been suspended for five years, but his flogging sentence will be carried out.

Tabriz court sentenced him to eight months in prison and 40 lashes on charges such as “disturbing public order” and to pay a ransom on charges of “intentional beating and injuring a law enforcement officer’s complaint.”

This Azerbaijani activist was arrested in the city of Tabriz on July 24th, 2021, and was later released from Tabriz Central Prison on 80 million Tomans bail pending his trial.