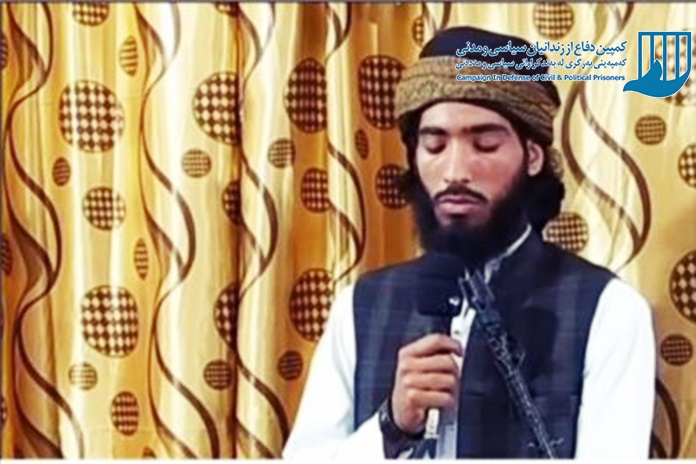 Hafez Abduljalil Rigi, an Iranian Baluch and religious activist, was arrested by security forces in Sib and Soran, one of the cities of the province (Sistan and Baluchestan), and taken to an unknown location.

According to the Campaign for the Defense of Political and Civil Prisoners, Hafez Abduljalil Rigi, an Iranian Baluch religious activist, was arrested by intelligence agents in the city of Sib and Soran (Sistan and Baluchestan) on the night of Sunday, December 12th, 2021.

According to this report, Hafez Abduljalil was arrested on charges of participating in protests and setting fire to the Soran police kiosk in connection with the killing of Baluch fuel burners at the Shamsar Saravan border and was transferred to court today, December 13th, 2021

The Baloch campaign quoted an informed source as saying “After appearing in court and reviewing the process of his case, he was temporarily released pending the verdict that will be announced by the judicial authorities in Zahedan. After a final verdict, it is possible that he be transferred to prison”.

According to the annual report of the Baloch Activists Campaign, a total of 90 arrest reports were received by the campaign in 2020, of which only 60 were published. The reason for not publishing the rest of the reports was due to the high sensitivity of the reporters of the Baloch activists’ campaign to prove the news and sometimes the lack of documents.