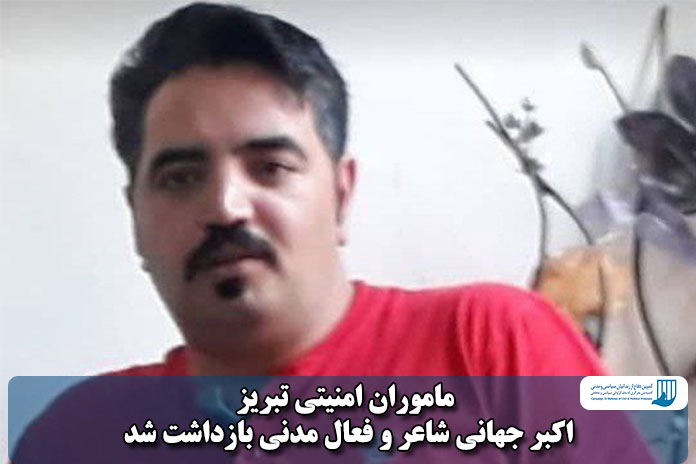 Akbar Jahani, a poet and civil activist living in Tabriz, was arrested by security forces and taken to an unknown location. The arrest of this poet took place in his private house.

According to the Campaign for the Defense of Political and Civil Prisoners; On the evening of Thursday, May 19th, 2022, Akbar Jahani, a poet and civil activist living in Tabriz, was arrested by the security forces of this city and taken to an unknown location.

According to this report, Akbar Jahani was arrested following a raid on his home by security agents.

No information is available on the whereabouts, charges and detention of Akbar Jahani as of this writing.

Between 16 and 25 percent of Iran’s population are Turkish-speaking, most of whom live in the provinces of East and West Azerbaijan, Ardabil and Zanjan.

Some of these citizens consider the government’s treatment of Turkish-speaking citizens to be discriminatory, and the ban on teaching non-Persian languages ​​in schools is one of the most prominent forms of discrimination, which has always been protested by some civil society activists in these areas.