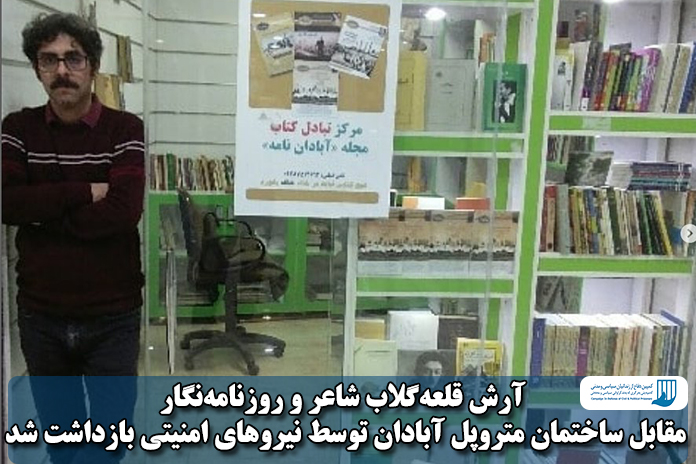 Arash Gholeh Golab, a poet and journalist, was arrested and beaten by security forces in front of the Abadan’s Metropol building.

According to the Campaign for the Defense of Political and Civil Prisoners; Arash Gholeh Golab, a poet, journalist and resident of Abadan, was arrested on Thursday, May 26th, 2022.

According to the report, the citizen was detained by the security forces in front of the Metropol building during a mourning period for the victims of the Metropol accident.

According to an informed source, he suffers from underlying diseases of asthma and diabetes, and this has increased the concerns for his family.

As of this writing, no information is available on the charges against him and where he is being held.