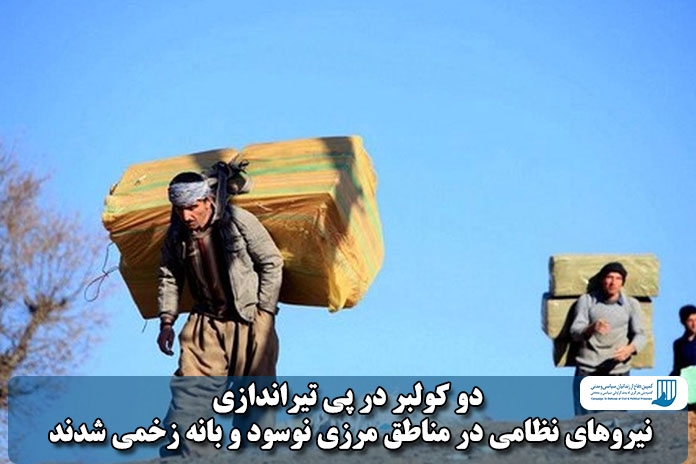 Two Porters were wounded by direct fire from troops in the Nosud and Baneh border areas. The two porters were shot at close range without warning.

According to the Campaign for the Defense of Political and Civil Prisoners; a porter named Sirvan Ahmadi, 28 years old, from Shahoo area of Ravansar city, was wounded by military forces direct fire in the border areas of Nosud, Kermanshah province on Friday, June24th, 2022.

According to this report, this porter was transferred to Quds Paveh Hospital for medical treatment.

Also, on Thursday, June 23rd, 2022, another porter, identified as “Keyvan Amani and a resident of Haji Mamdan village in the Sarshive area of Saqez”, was wounded by gunfire in the border areas of “Sartzin” in Baneh, Kurdistan province.

He was injured in the eye and scapula and taken to Salahuddin Ayoubi Hospital for medical treatment.

porter job is a delusive and arduous occupation that people in border areas turn to for lack of job opportunities, and dozens of people are killed or injured each year in the face of natural hazards or by gunfire from border guards.

The three provinces of Kurdistan, Kermanshah and West Azerbaijan on the border between Iran and Iraq and Turkey are the main places of activity for people who turn to porter work due to lack of employment and widespread economic problems.

Dozens of Porters are killed or injured every year by direct fire from border guards, cold, drowning in rivers and falls from heights.