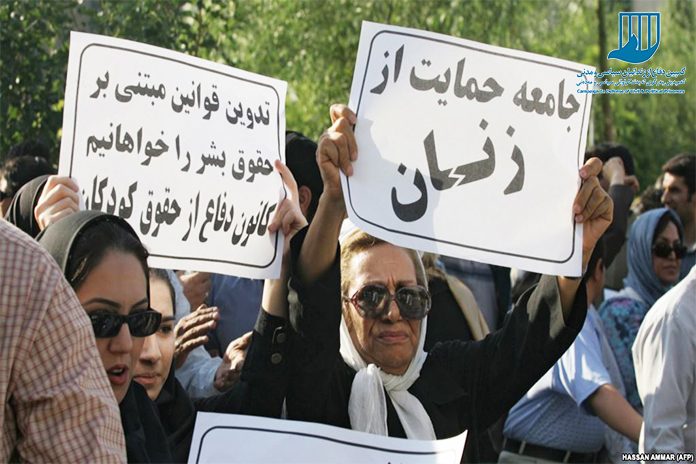 On March 8th, 2018, the gathering that was scheduled to take place for March 8th (International Women’s Day), in front of the Ministry of Labor building, was dragged out by police intervention. There are reports on Social Media about violence against this gathering and the arrests.

According to the Campaign for the Defense of Political and Civil Prisoners, there was a call in Social Media for a gathering in front of the Ministry of Labor building, for observing and recognition of March 8th (International Women’s Day). With police intervention, the gathering was dismantled and resulted in the arrest of a group of gatherers.

Mahdiyeh Gulro, a women activist who was present at the gathering, wrote on her Twitter that security forces were stationed around the ministry’s building’ alleys and pedestrian bridges.

She wrote: “This amount of security is unbelievable, they even do not allow gathering to stand for a few moments. Vans for transferring prisoners, vans to patrol, motorcycle with high-powered engines, and plenty of plainclothes men…this is March 8 in Iran. “

There is still no accurate information on the number of arrests, but reports suggest that the number is high. 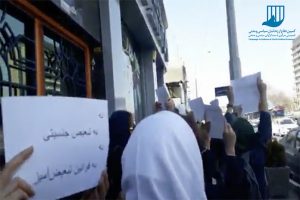 Another Shargh newspaper correspondent, Ameneh Shirafkan on her twitter reported the presence of plainclothes men for planed clash with the gathering. She wrote that NAJA had handed over the arrested women to the Prosecutor’s Office.

Following the post-presidential events in 2010, the women’s activists gathering has been facing more serious prohibition.

The names of some of the detainees that were arrested today in front of the Ministry of Labor building and listed in social media space are as following: