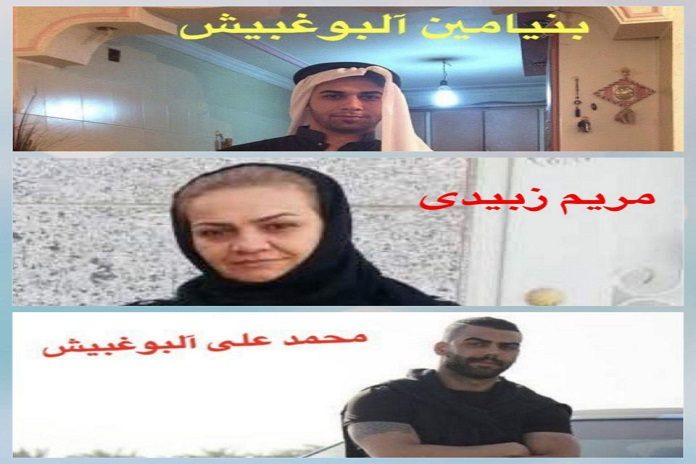 On Thursday March 15th, 2018, Ahvaz’s intelligence office personnel had arrested at least 15 Ahvaz citizens, including several women and transferred them to an unknown location.

According to the Campaign for the Defense of Political and Civil Prisoners, on Thursday March 15th ,2018, Ahvaz’s intelligence office personnel had arrested number of families from the Zaitoon worker area and transferred them to an unknown location.

“There are more than 15 detainees, including 3 women” a source told the campaign’s reporter. During the Ahvazi citizen’s house inspection, the intelligence force seized some of their personal belongings, including mobile phones, laptops and two passenger cars. “

The identity of three of the detainees, Maryam Zobeidi, 51, and her two children, Benyamin Albuğbish, 28, and Mohammad Ali Albuğbish, 25, are announced.
Until now, there is no information on the location of the custody and the reasons for the arrest.