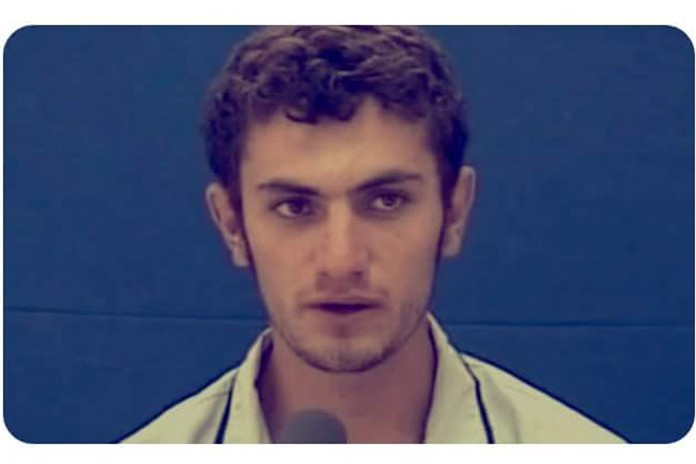 According to the Campaign for the Defense of Political and Civil Prisoners, Saman Nasim, a Kurd political prisoner from Marivan who was arrested in July 2011.  After more than six years imprisonment, he is still being held in Orumiyeh Prison, despite his death sentence being changed to 5 Years of imprisonment by Branch 12 of the West Azerbaijan Appeal court.

In the prosecutor’s protest, Saman Nasim’s case has been referred to the Supreme Court, and the Supreme Court has not yet decided on the case. Some news sources and human rights have reported on possible frame – up case for the Kurdish political prisoner.

On September 7th, 2016, Saman Nasim’s court session was held at Branch 12 of Orumiyeh Criminal Court with the presence of his lawyer. It is said that the judge on the case has agreed to hold another meeting for the final defense. In February of last year, his verdict was reduced to 5 years in the West Azerbaijan province’s appeals court.

Saman Nasim was under the age of 18 when the alleged crime was committed and the death penalty for him was a violation of international human rights law, including the Convention on the Rights of the Child, which Iran committed to respect. His death sentence was almost carried out by transferring him to an unknown location on January 29th, 2015, for execution. The Iranian judicial authorities for 5 months, refused to give any information on the fate of Saman Nasim or his location to his family. During this time, Amnesty International, launched a campaign, while expressing concern about the unknown status of Saman Nasim, urged human rights activists around the world to join the campaign in order to save Saman Nasim life and learn of his status.

After almost five months of total ignorance, On July 2015, Saman Nasim was finally allowed to contact his family and inform them of him being held in Zanjan prison. At the same time, it became clear that the head of the judiciary, under international pressure, ordered the death penalty to be stopped and the death sentence was canceled. Saman Nasim case was then sent to a retrial court in West Azarbaijan province.

Amnesty International continued with several publications for immediate actions and ongoing follow-up to stop the issuance of the death penalty for Saman Nasim. In 2015, Saman Nasim case was one of the 12 cases of the annual Amnesty International Campaign, entitled “Write for the Right”. Hundreds of thousands of countries from all over the world, including European countries, as well as Togo, Burkina Faso, Nauru, Mongolia, Paraguay, Hong Kong, New Zealand, Tunisia, Venezuela, Moldova and Nepal, participated in this global campaign and sent a letter to judicial authorities calling for fair trial for Saman Nasim with No re-execution of the death sentence.