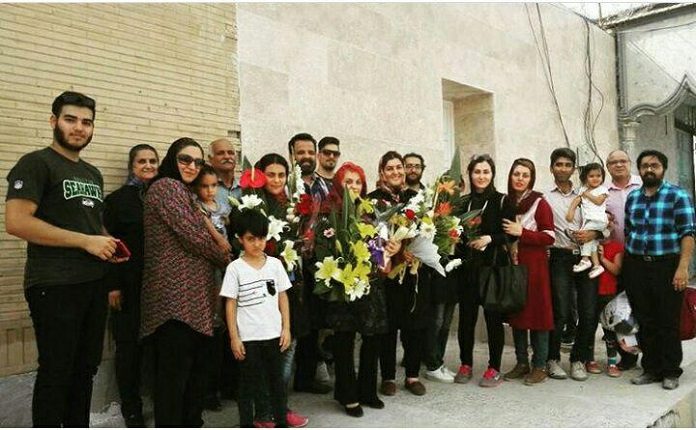 According to the Campaign for the Defense of Political and Civil Prisoners, today, Wednesday May 30th, 2018, Neda Sayabeti, Noshin Afshar, and Forough Farzaneh, three Baha’i citizens, were temporary released from Ahvaz Sepidar Prison on bail until their court.

Campaign earlier reported on these three Baha’i citizens. On the morning of May 6th, 2018, at 6:45 AM, in a coordinated plan, the security forces approached their homes in Abadan and Ahvaz and after the house search, arrested three Baha’i women and seized their and their family members personal properties and computers.

The Intelligent agents told the families of the arrested three Baha’i citizens that the detainees would be released in an hour.

Neda Sayabeti, Noshin Afshar and Forough Farzaneh were released from Ahvaz Ministry of Intelligence detention center on Saturday, May 12th, 2018, but were summoned and arrested one day later on Sunday May 13th.

In accordance with Article 18 of the Universal Declaration of Human Rights and Article 18 of the International Covenant on Civil and Political Rights, everyone has the right to freedom of religion and belief, as well as to the freedom to express, individually or collectively, in public or in secret.

Baha’i rights activists believe that Baha’i citizens in Iran are deprived of freedom of religious beliefs and many Baha’i citizens are arrested and imprisoned by security forces solely for believing Baha’i faith.