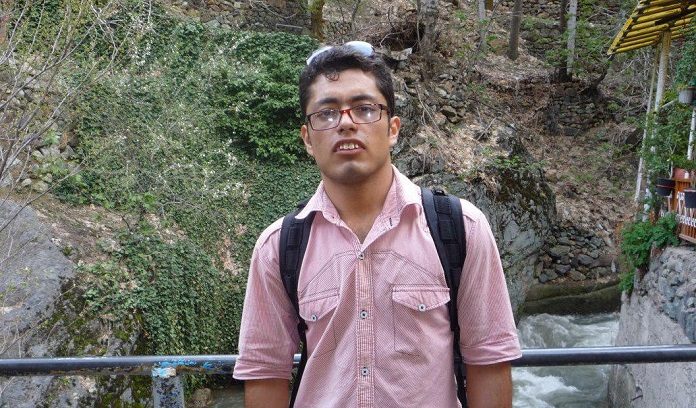 Sadegh Ghaisari, a journalist and former student activist at Shahid Beheshti University, who has been detained for more than 3 months, still is in Greater Tehran’s Central Prison (Fashafiyeh) with pending case.

According to the Campaign for the Defense of Political and Civil Prisoners, the journalist and student activist, who was arrested on February 19th, 2018, by the security police, after more than 3 months of detention, still not informed about his case.

Sadegh Ghaisari, on February 19th, after the news of the Dervishes siege, went to the Pasdaran Street to report, but was arrested by the security forces with beating and insult. He is a Geography graduate student, City Planner during the beginning of 2010, and secretary of the Andisheh section of the Setareh Sobeh newspaper. He also collaborated with the Bahar and Hamdely newspapers.

An informed source said earlier: “Sadegh is not a Darvish and has no relationship with Dervishes, but after the news of the Dervishes conflict and siege he went to report on the event. The security forces arrested him while he was filming and taking pictures. Several security forces attacked him with baton and broke his skull. His broken skull required surgery, but no action on surgery or his freedom was taken. “

The Judicial authorities refuse to respond to Sadegh Ghaisari’s correspondence from the Greater Tehran Central Prison and his family’s questions about the charge, trial time, and his freedom.”

The Greater Tehran Central Penitentiary, also known as the Fashafiyev Prison, is located in the southern province of Tehran (32 km south of Tehran) in Hassan Abad, Qom, and has been constructed to hold 15,000 drug prisoners. Rasoul Bodaghi, a teacher who between 2010 and 2017 on charges of propaganda against the regime and acting against national security has spent seven years in prison in Evin prisons in Tehran and Rajai Shahr in Karaj. After two months of being held at the Greater Tehran Prison, he described it as hell in the desert. He told the campaign that “the prisoners themselves named the Greater Tehran prison the final prison of Iran, but I named it hell in the desert because it is in the Hassan Abad desert of Qom and is like a hell, especially in the summer with no water and cooling equipment. »