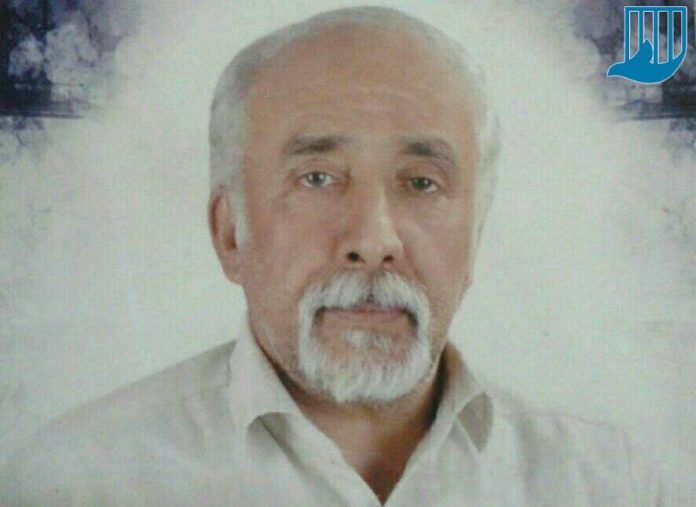 Iraj Toubaiha (Najafabadi), a retired teacher and a member of the Isfahan Teachers ‘Association, was arrested and transferred to Najafabad Dastgerdi detention center.

According to the Campaign for the Defense of Political and Civil Prisoners, Iraj Toubaiha (Najaf Abadi), a retired teacher and a member of the Isfahan Teachers’ Trade Association, was arrested on Monday, June 11th, 2018 and transferred to Najafabad’s Dastgerdi detention center.

An informed source told the campaign that after the retired Najafabad teacher returned from Karbala’s visit and as soon as he went home, they arrested him, “The security guards arrested him without any explanation and his personal belongings, such as cell phone and laptop were seized.”

In recent years, the Islamic Republic of Iran has increased the threat, arrest and imprisonment of the civil activists, specifically teachers. Mainly based on tradition, the two main security agencies in Iran, namely, the Ministry of Intelligence and the Revolutionary Guards, each have a separate activity area, but now the teachers and their activities are being suppressed by both institutions. During the last 10 years, many teachers have been arrested, detained, expelled or fired by the Ministry of Intelligence and the Guard Corps simultaneously.

Ismail Abdi and Mahmoud Beheshti, two leaders of Tehran Teachers’ Teams, are currently sentenced and imprisoned by a case filed by Hassan Rouhani Government Ministry of Intelligence, and a case filed by the Revolutionary Guard.