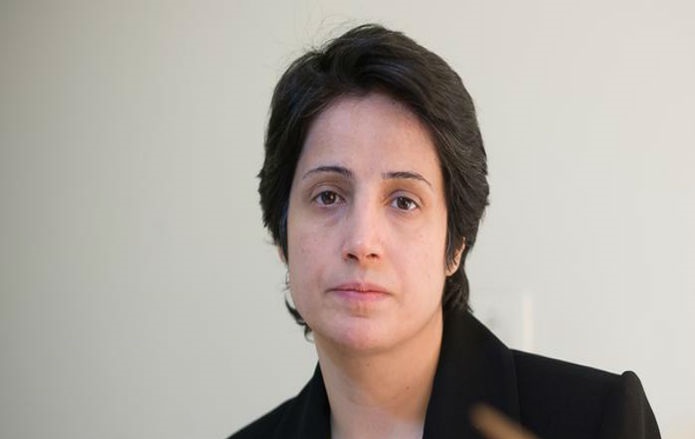 According to the Campaign for the Defense of Political and Civil Prisoners, Nasrin Sotoudeh, a lawyer and human rights activist, was arrested on Wednesday, June 13th, 2018, at her house and transferred to Evin Prison. The reason for her arrest of is still unknown.

Reza Khandan, Nasrin Sotoudeh’s husband, on his personal Facebook site, said: “I once said to interrogators in the interrogation room:” of all the work that a government needs to do, you know only one and that is detaining people. “

Nasrin Sotoudeh, a lawyer and human rights activist was arrested on September 4th, 2010, and charged with acting against national security, using propaganda against the regime and membership in the Center for Human Rights Defenders. She was sentenced to 11 years in prison, in addition to barring her from practicing law and from leaving the country for 20 years. An appeals court later reduced Sotoudeh’s prison sentence to six years, and her ban from working as a lawyer to ten years. She was released from Evin Prison after nearly three years in prison on September 18th, 2013.

According to the court’s ruling, Ms. Sotoudeh was denied law practice for 10 years, but she stated that since the deprivation order from her practice was not within the jurisdiction of the Revolutionary Court, and in accordance with Article 17 Independence of Lawyers law, no court other than disciplinary court cane rule Lawyers Suspension or cancel the lawyer’s license, she will continue her practice. Subsequently, in late winter of 2014, Tehran’s deputy prosecutor and the head of the Evin prosecutor’s office as a plaintiff asked disciplinary court that Ms. Sotoudeh’s lawyer’s license be revoked. During several disciplinary court sessions, Ms. Sotoudeh license was suspend for three years.

Nasrin Sotoudeh, in protest to this verdict, on October 21st, 2014, she started a sit-in protest in front of Tehran Bar Association’s office. On the June 27th, 2015, by disciplinary court, her practicing law suspension reduced from three years to nine months. After the verdict was announced, Ms. Sotoudeh ended her sit-in protest.