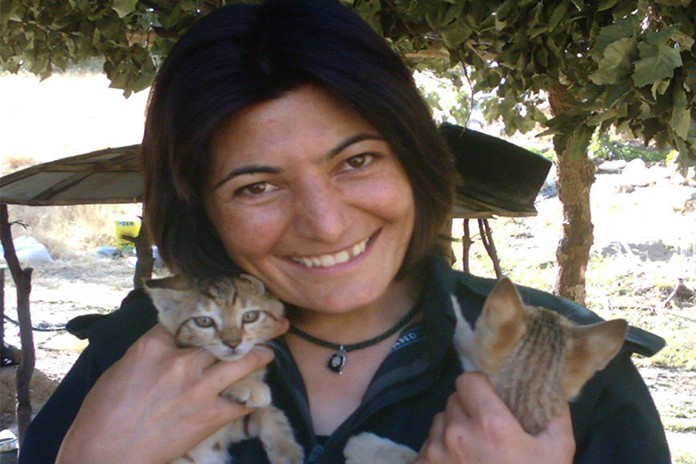 Zeynab Jalalian, the only female political prisoner sentenced to life in prison, along with nine other women who are spending their term in prison on charges of ordinary crimes in Khoy Prison, started a hunger strike.

According to the Campaign for the Defense of Political and Civil Prisoners, on July 30th, 2018, Zaynab Jalalian, a political prisoner in Kurdistan, along with her nine cell-mate women, started a hunger strike to protest the denial of their weekly visits and prevent the use of primary prison facilities.

According to a report by the Kurdish Human Rights Defenders’ Corps, few days ago, women’s prisoner’s ward was searched by prison security agents and a cell phone was discovered and confiscated.

On Sunday July 29th, 2018, the prison guard interrogated Zaynab Jalalian and nine other detainees several times. They were told that if the mobile phone owner is not identified to them, they would be denied all their basic rights, such as purchasing fruit and food from the prison shop, access to the library, and weekly visitations.

After the deprivations imposed by the prison authorities, the 10 prisoners announced their hunger strike in a letter addressed to prison officials.

Zaynab Jalalian, a political prisoner who is spending the eleventh year of her imprisonment in Khoy Prison, was transferred to Khoy Prison on November 2014, without prior notice to her family and lawyer.

Prior to the Zaynab Jalalian exile to Khoy Prison, she spent 7 years in the “Dizelabad Rehabilitation Center in Kermanshah”, that is 5 kilometers away from the main prison of Dizel Abad.

Zaynab Jalalian, a Kurdish political prisoner, was born in 1382 in the village of Deim Gheshlagh Maku, from the West Azarbaijan province. On 2008, at the age of 25, she was arrested by the Kermanshah’s intelligence services, and was transferred to Sanandaj Prison. She was finally sentenced to death on December 2008, on charges of “Moharebeh through her membership in the PJAK party” in a short closed-door trial, in secret and without her lawyer presence.