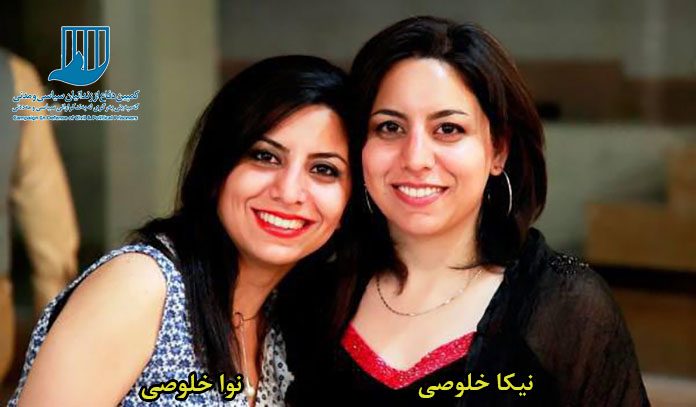 Nika Khulusi, a Baha’i citizen residing in Mashhad, was released from prison on August 5th, 2018.

According to the Campaign for the Defense of Political and Civil Prisoners, Nika Khulusi, a Baha’i citizen resident of Mashhad who had previously been sentenced to 5 years imprisonment by the 3rd Branch of the Mashhad Revolutionary Court, today August 5th, 2018, at the end of her prison term was released from, Mashhad Vakil Abad, prison.

The Baha’i citizen was sentenced to 5 years imprisonment by Judge Soltani, head of Branch 3 of the Mashhad Revolutionary Court, on charges of “promoting Baha’i, propaganda against the regime and membership in the Baha’i system.”

Nika Khulusi and Nava Khulusi, two Baha’i sisters, were sentenced to total 10 and ½ years of imprisonment, Adib Shoayee to one and a half years imprisonment, and Mahsa Mahdavi to 8 months prison by the Third Branch of the Mashhad Revolutionary Court,

According to unofficial sources in Iran, there are more than three hundred thousand Baha’is, but the Iranian constitution recognizes only Islam, Christianity, Judaism and Zoroastrianism and does not recognize the Baha’i religion. For this reason, Baha’i rights in Iran have been systematically violated throughout the past years. Their premises are being sealed or faced with sentences such as acting against national security, insulting the leadership, etc.