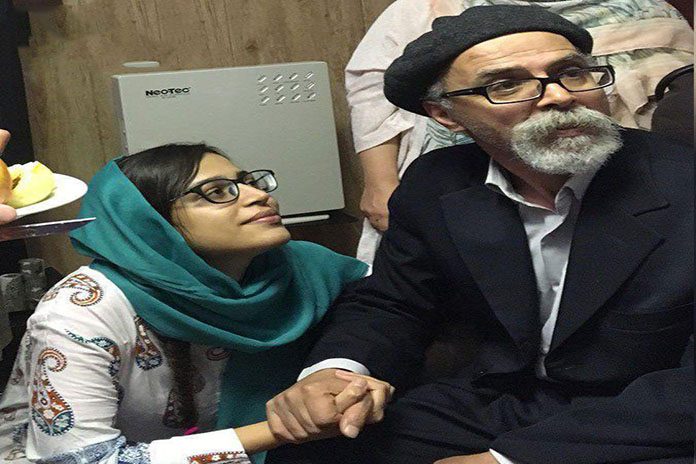 Sepideh Moradi, a Darwish woman detained in Golestan Haftum street event, was sentenced to 5 years imprisonment, a two-year ban from leaving the country and membership in parties, organizations and political groups, and activity in cyberspace.

According to the Majzoban Nour’s Telegram channel, close to Gonabadi Dervishes, the verdict of this Dervish woman, who refused to attend the trial, began with the words “The accused child of Hamidreza Moradi is the extremist member and responsible for the illegal site of the Majzoban Nour”, then continued with “raised in a Darvish fanatic family, and influence by diversionary beliefs and become members of the [Gonabadi Dervishes]”.

Sepideh Moradi was sentenced to 5 years imprisonment on charges of “gathering and colluding to act against the security of the country”, and Judge with reference to the case under sections P and D of Article 23 of the Islamic Penal Code, also sentenced her to a two-year ban on membership in parties, organizations, political groups, activity in cyberspace, the media and the press, as well as leaving the country.

Sepideh Moradi was previously deprived of continuing education at the Department of Computer Science at Tarbiat Modarres University due to being Darwish.

Sepideh Moradi, was arrested and imprisoned during the arrest on Golestan Haftum street event in Tehran, On February 19th, 2018.

The Gonabadi Darvish woman, on July 14th, 2018, was summoned by Revolutionary Court Branch 15 for a trial headed by Judge Salavati, but she refused to attend the court by stating that the Darvishes’ prisoner had been deprived of legal rights such as the right of a lawyer.

Sepideh Moradi was severely beaten during the Golestan Haftum street event in Tehran and like other detained Darvish women, was humiliated, insulted and tortured during the interrogation in Gharchak prison.

Ms. Khalili, Sepideh Moradi’s mother, on July 21th, 2018, told Doyechveleh that they had asked her daughter to cancel her file of complaint from the prison authorities.

In recent years, numerous reports and news have been published on summons, threats, arrests and, finally, trial and sentencing for dervishes – especially the Gonabadi Darvishes.