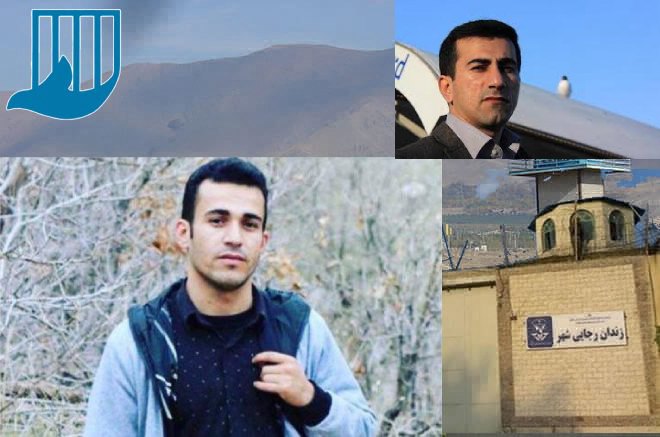 The Campaign for the Defense of Political and Civil Prisoners had an interview with Human Rights Activist Amjad Hosseinpanahi about the latest situation of Ramin Hosseinpanahi, a political prisoner sentenced to death, who on August 13th, 2018, was transferred to Rajai Shahr prison in Karaj from Sanandaj Central Prison, under heavy security measures and without prior notice to his family or lawyer.

“As you probably know, Ramin’s lawyers on Saturday (August 18th, 2018) once again filed a court hearing, which I hope will not be ruled out again. At least until then the implementation of the death sentence be stopped,” said Amjad Hosseinpanahi regarding his brother’s latest condition.

According to an informed source, Ramin Hosseinpanahi has told his family on a telephone call that he has been transferred to Rajai Shahr prison in Karaj for execution.

Amjad Hosseinpanahi said: “Yes, it is true, according to our sources and friends in Iran, we have been informed that Ramin told his family of this issue and, of course, our sources have informed us that if the order to stop the sentence is not promptly issued, Ramin will not be executed because his case has been sent to be executed, and it is supposed that this ruling will be fulfilled soon in Rajai Shahr prison.”

He continued: “Most importantly, during these few days, especially after Ramin’s transfer to Rajai Shahr prison, many Kurdish civil and religious activists are trying and advising to postpone my brother’s death sentence execution and trying to transfer him back to Kurdistan.”

This human rights activist added: “Ramin with kidney pain, now is in Rajai Shahr prison section 10 with regular criminals (ordinary crimes and …) and they transferred him from the Sanandaj Central Prison to Rajai Shahr with the excuse of medical treatment for him, which is causing concern for us and that the government wants to use the prison mafia to kill Ramin. “

He continued, “Not only the family of Ramin Hosseinpanahi, but also many activists all over the world want to stop the execution of this political prisoner, and we also want my brother to return to the prison near his home which is his legal right, because Ramin was illegally moved 500 kilometers from his place of residence, and for our elderly and sick parents, it’s not possible to go to visit him or to go through this long journey every week. “

At the end, Amjad Hosseinpanahi said: “Ramin is just a civil-political activist who did not kill a person or have a gun. All charges against Ramin are false. As you know, not only do we, the lawyers, and Ramin himself believe Ramin is innocent, but also all human rights activists. I also thank all the activists who have been with Ramin so far. Again, I want them to do their best to prevent his execution as before, and we expect Ramin to be tried in a public and fair trial. Ramin does not deserve execution or imprisonment.”

Ramin Hosseinpanahi, a political activist, was arrested on June 23th, 2017, and transferred to the Sanandaj Central Prison after 200 days of solitary confinement after going through extreme physical and mental torture. Ramin was sentenced to death on January 15th, 2018, in Sanandaj Revolutionary Court Branch One. The verdict was reaffirmed on April 11th, 2018, at Branch 39 of the Supreme Court in Qom.

Following the announcement of Ramin Hosseinpanahi’s death sentence, a new wave of protests was formed inside and outside Iran. A wide range of Kurdish organizations, including the Center of Kurdish Parties Alliance, different populist clubs, civil and political citizens centers, educational group, writers, artists, various social institutions, poets, marketers, guilds, ex-representatives of various parliamentary time, cultural activists, The Iranian Democratic Council, and dozens of other political and civil organizations, issued various statements and announcements in Kurdistan, Iran, and in some provincial cities and towns in Europe and Canada. They have protested, condemning Ramin Hosseinpanahi’s death sentence and other execution sentences of people of different religions, political and civil prisoners in Iran. They also announced their support for Ramin Hosseinpanahi.