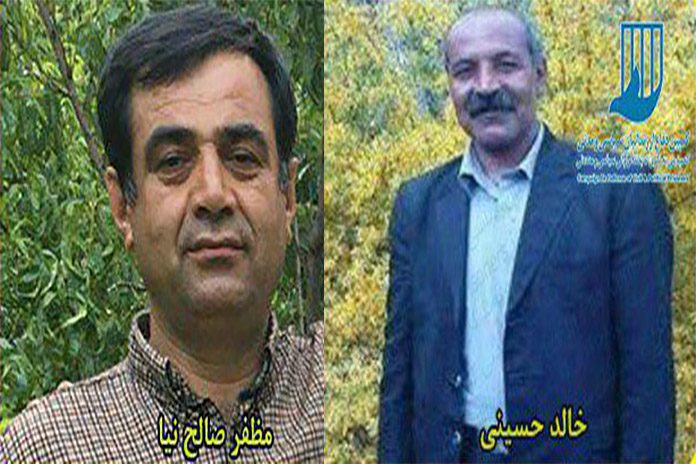 Last night, labor activists Khalid Hosseini and Mozaffar Salehnia, residence of Sanandaj, were arrested by security forces and transferred to an unknown location.

According to the Campaign for the Defense of Political and Civil Prisoners, Khalid Hosseini and Mozaffar Salehnia, arrested by security forces on Tuesday, September 11th, 2018, and were taken to an unknown location.

Also, according to reports from informed sources that sent to the campaign, “Yesterday, when Muzaffar Salehnia left the house for work out, plainclothes forces went to his house without a court order and in the presence of his wife searched the house and then contacted him and asked this labor activist to go to the office for some explanation. But at the end, Mozaffar Salehnia was arrested and there is no news about the location and reasons for his arrest. “

Khalid Hosseini and Mozaffar Salehnia were arrested by security forces during the memorial service for the death of Sharif Bajaur and three other environmental activists, on September 4th, 2018. They were released on bail on September 5th, 2018.

It is necessary to explain that these two activists were arrested several times by the security forces on charges of holding the Nowruz celebrations in Iran’s Kurdistan, defending the workers’ rights and organizing the International Labor Day events, and were tried by the judiciary system.