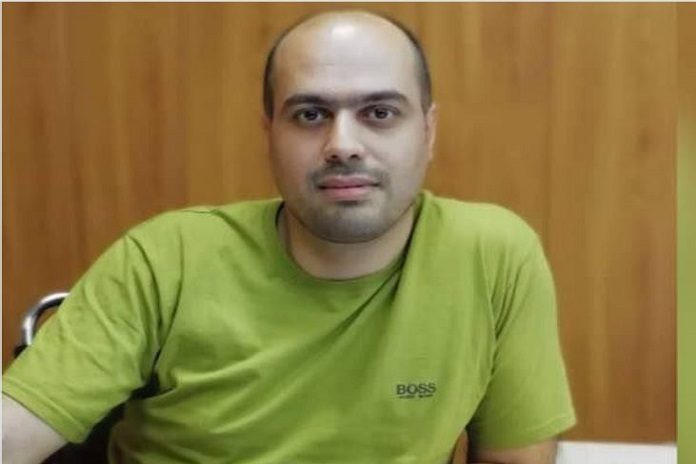 Masoud Kazemi, a former correspondent for the Eastern Daily, was arrested by security forces this morning on November 5th, 2018.

According to the Campaign for the Defense of Political and Civil Prisoners, today, November 5th, 2018, Masoud Kazemi, a former correspondent for the Eastern (Shargh) Daily newspaper and editor of the monthly paper Voice of Persia (Sedaey Parsi), was arrested by security guards and transferred to an unknown location.

The journalist’s fiancé wrote on her Twitter account and announced the news: “According to neighbors, several people arrived at our house this morning and took Masoud with them. We do not have any information on the agency that detained him or the reason for the arrest. They took his laptops, hard drives, flash drives, and some other equipment.”

There is no information about the reason for the detention or the place where the journalist is kept, and his family is worried.

“Iran is still one of the five largest prisons in the world for media activists” said the French organization of Journalists Without Borders. According to this organization, according to the latest report from Iran, Iran is ranked 165 among 180 countries in terms of media freedom and expression.