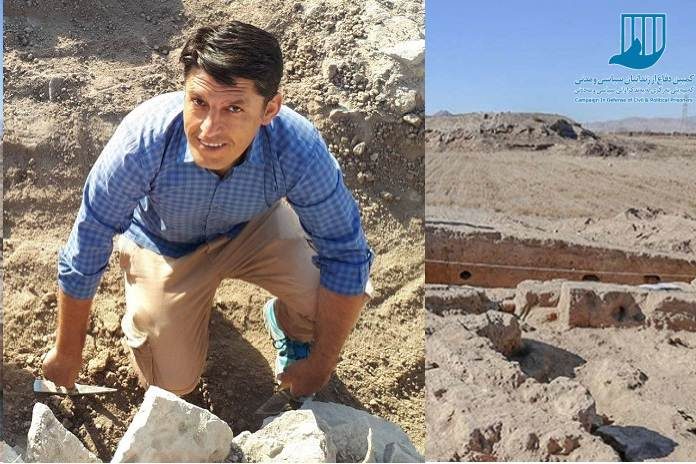 Naser Aminikhah, a researcher and archaeologist at Dolatabad, Kermanshah, was arrested on Monday by security forces at his home.

According to the Campaign for the Defense of Political and Civil Prisoners, on Monday, January 21st, 2019, Naser Aminikhah, an archaeologist from Kermanshah, was arrested by the city intelligence agents and transferred to the Kermanshah Intelligence Detention Center.

According to the report, the intelligence officers arrested him after entering his home, conducting a house search, and seizing some of his personal items.

Despite his family’s effort, there is still no detailed information on Nasser’s status and the reasons for the arrest after three days.

Nasser Aminikhah has done extensive research on the historical monuments in the Kurdistan region of Iran. The latest exploration of this research this fall is regarding “Tupa Khaybar”, which is located in between the Ravansar region and Kermanshah. The work was done with the help of two research teams from Denmark and Germany. The research discovered part of a seven-thousand-year civilization in the Ashkanian era.

Naser Aminikhah has already published two books on the history and culture of Horaaman and ancient works of Kermanshah.