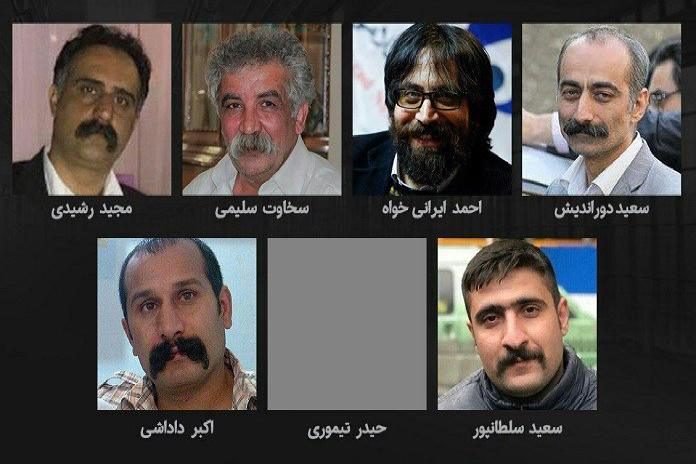 Seven Gonabadi Darvishes detained in the Tehran’s Grand Prison (Fashafiyeh), named Ahmad Iranikhah, Saeid Dorandish, Sekhavat Salimi, Akbar Dadashi, Saeid Soltanpour, Majid Rashidi, and Heydar Teymouri, called for the execution of the executive rulings of prisons and refused to participate in prison statistics. Detained dervishes announced that until the head of the prison and other authorities in the prisons do not work in accordance with the Prison Executive’s Instructions and the principle of separation of crimes, they will not participate in the prison statistic process.

According to the Majzooban Nour Media, close to the Gonabadi Dervishes report, three prisoners, Saeid Soltanpour, Majid Rashidi, and Heydar Teymouri, condemned the operation of the head of the Fashafiyeh Prison to provoke ordinary prisoners. This resulted in the injuring and insulting of the two prisoners, Ahmad Iranikhah, Saeid Dorandish, who announced in a statement requesting that the prison’s authorities work in accordance with the Prison rules and instructions.

Ahmad Iranikhah and Saeid Dorandish, both detained at the 3rd Brigade of Fashafoyi Prison Hall, were beaten and insulted by regular prisoners that were invoked by prison guards. The two jailed Darwish protested to the presence of prisoners of drug crimes, theft, and murder, and refrained from attending “prison statistics” in protest of the promise of prison authorities to bring together prisoners’ dervishes.

After the release of the news of two Darvishes’ beating, Sekhavat Salimi and Akbar Dadashi, the two prisoners of Gonabadi dervishes in the similar action, refused to participate in the statistics and demanded a meeting with Ahmad Iranikhah and Saeid Dorandish.

It is said that Ahmad Iranikhah and Saeid Dorandish are still refusing to participate in the statistics despite threats and beating.