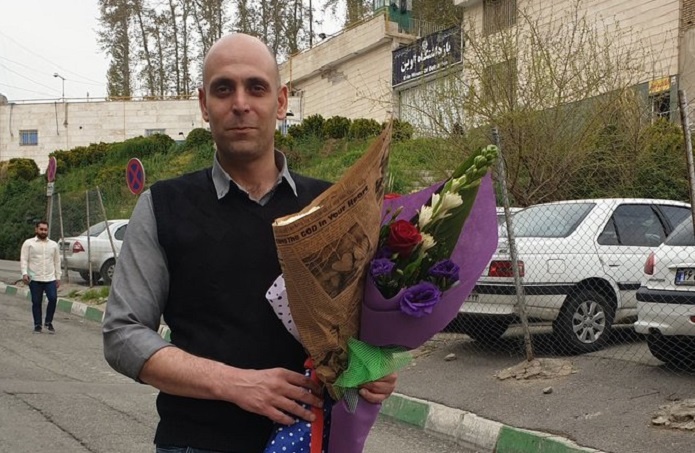 Majid Abedinzadeh Moghadam, a political prisoner in Evin Prison, ward 8, was released at the end of his sentence.

According to the Campaign for the Defense of Political and Civil Prisoners, on the morning of Tuesday, April 16th, 2019, Majid Abedinzadeh Moghadam was released from prison after serving his sentences. The political prisoner was sentenced to imprisonment by Judge Ahmadzadeh at Branch 26 of the Revolutionary Court.

On December 3rd, 2014, security agents arrested Mr. Abedinzadeh Moghadam, former prisoners at Kahrizak detention center in 2009, at his father’s house and transferred hm to section 2A of the Revolutionary Guard Corps of Evin Prison.

This civil activist spent nearly 4 months in solitary confinement and was transferred to Section 8 of Evin Prison at the end of his interrogation. He was temporarily released in August 2014, after tolerating 8 months imprisonment on a 300 million Tomans bail.

On February 2014, Branch 26 of the Revolutionary Court headed by Judge Ahmadzadeh, sentenced Mr. Abedinzadeh Moghadam to 6 years’ imprisonment on charges of “assembling and colluding against the security of the country”, “propaganda against the regime”, and “insulting the leadership”. With his protest and the application of Article 134, the sentence was reduced to 3 years by Branch 39 of the Revolutionary Court under the chairmanship of Judge Shafi’i Khorshidi.