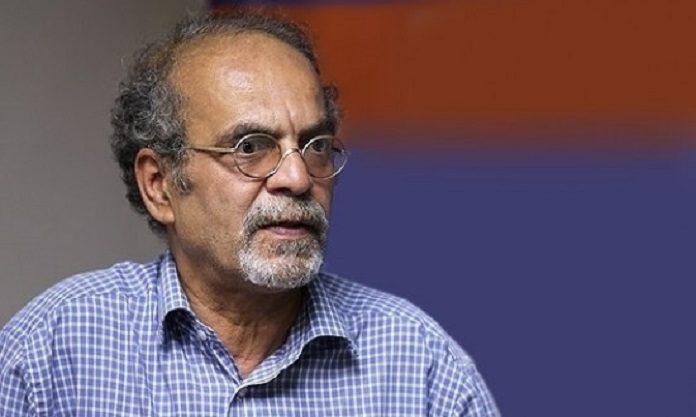 This morning on Monday, April 22nd, 2019, security officers of the Evin Prosecutor’s Office visited the house of Mashallah Shamsolvaezin, Vice President of the Iranian Journalists’ Association, for a search and his arrest. With this action, the journalist’s case has entered a new phase.

According to the International Federation of Journalists, despite the previous agreement between Mashallah Shamsolvaezin and the judiciary that he did not need to go to Evin prosecutor’s office, this morning, three security agents visited his home with a warrant and tried to search the house of the Vice Chairman of the Association of Journalists of the Iran.

According to the Telegraph Channel of the Tehran Journalists Association, because of Shamsolvaezin’s absence, his daughter objected the search.

It is worth mentioning that Mashallah Shamsolvaezin, after knowing this and while expressing surprise, he announced that he will soon appear at Evin Prison after returning to Tehran.

Shamsolvaezin explained earlier regarding the issuance of the summons, “Four years ago, they created a case for me for my speech at the World Press Freedom Awards ceremony, and I was finally sentenced to 14 months in prison under the verdict of Branch 15 of the Revolutionary Court. After that, I objected the verdict to make the case be reviewed in the appeal court.”

According to him, four years ago, the Appeals Court held a hearing with the attendants of the case, after which no other decree was issued. He did not have any restriction on his press activity either.

Mashallah Shamsolvaezin was the editor of Kian Magazine and Jameae, Tos, Neshat, and Asre Azadegan newspapers which were all banned from publishing. These publications were published in Iran in the 1990s. This Iranian journalist has been arrested many times over the past years because of his press activity.

Shamsolvaezin received the title of the World Press Freedom Champion in 2014 from the International Press Association in South Africa.