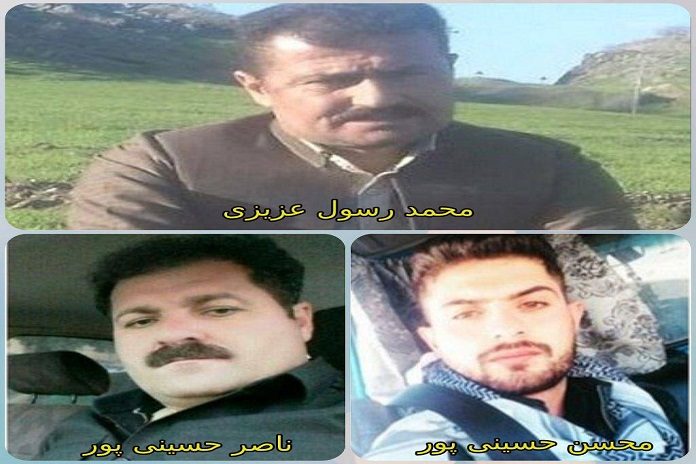 Three porters were killed and wounded by direct firing from border guards at the border areas of Baneh and Piranshahr.

According to the Campaign for the Defense of Political and Civil Prisoners, on May 19th, 2019, Mohammad Rasoul Azizi from village of Kani Saif Baneh was shot and killed by border guards stationed at the Sovera border area of ​​Baneh.

Reportedly, without prior warning, border guards targeted a group of porters suspected of carrying smuggled goods, which by the direct firing of these forces, Mohammad Rasool Azizi was killed.

On the same day, Nasser Hosseinipour and Mohsen Hosseinipour were shot and wounded by the direct firings of Iranian border forces towards another group of porters in the border area of ​​the Silo Piranshahr.

It was reported that the father and son were transferred to a hospital in the city of Erbil in the Kurdistan region for treatment due to the severity of injuries.