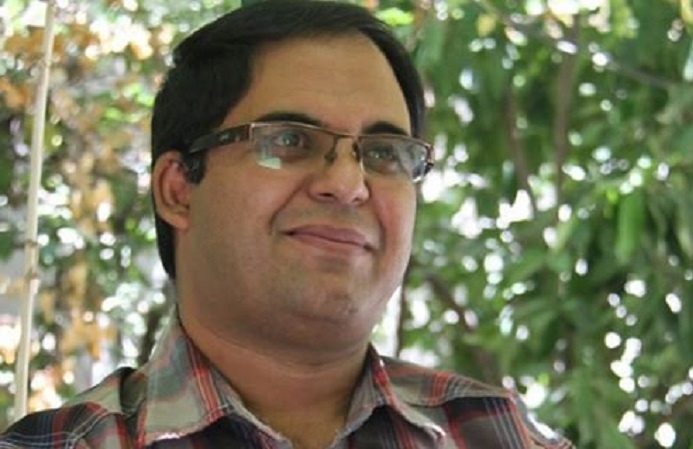 Mohammadreza Nasab Abdollahi, a journalist from Shiraz and editor of Anar Press and Aban Press sites, who was arrested by security forces on April 20th, 2019, was temporary released on a bail after a month in custody.

According to the Campaign for the Defense of Political and Civil Prisoners, Mohammadreza Nasab Abdollahi, a journalist and political activist who was arrested by Revolutionary Guard Intelligence agents on the streets, after a month in custody, was temporarily released on a verdict by a Revolutionary Public Prosecutor’s office in Shiraz, on Tuesday, May 21th, 2019.

Mohammadreza Nasab Abdollahi, editor of Anar Press and Aban Press sites, who went to visit his family in the city of Punjab along with his 4-year-old girl, was arrested on the street and after being interrogated at the Anar Prosecutor’s Office, was transferred to Revolutionary Guard Intelligence Detention Center in Kerman.

Shahed Alavi wrote on his Twitter page regarding the detention of Mohammadreza Nasab Abdollahi: “On the same day of April 20th, 2019, officials traveled to his mother’s house and seized his brother’s laptop and cell phone. The agents on the same night contacted Nasab Abdollahi’s wife and wanted her to be home in Shiraz for house search, but before she arrives, they entered the house and take their computers and other equipment. “

Mr. Nasab Abdollahi previously, on February 24th, 2005, was absently convicted by a court in Kerman province on charges of “publishing falsehoods” and was sentenced to six months of imprisonment. He was released at the end of his term in Rafsanjan, on August 31st, 2005.