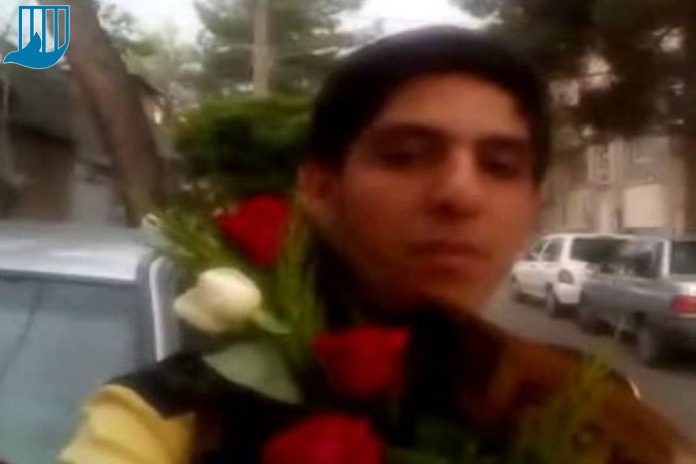 Mehdi Fartousi, an imprisoned student in Vakilabad Prison in Mashhad who was arrested during protests in January 2018 and sentenced to prison time, was released from prison using probation law

According to the Campaign for the Defense of Political and Civil Prisoners, Mahdi Fartousi, a resident of Mashhad, returned to Vakilabad Prison from prison vacation time on Thursday, June 20th, 2019; however, prison officials told him that his request for conditional release was granted and that he was free.

Mehdi Fartousi, a high school student living in Mashhad, was released from prison for vacation on Tuesday, May 21st, 2019.

The 19-year-old teenager in Mashhad, who was detained in January 2018 in the general protest, was sentenced to 3 years of imprisonment by the Fourth Branch of the Revolutionary Court in Mashhad on charges of “disrupting the order” and “insulting the leadership”.

Informed sources reported to the Campaign that Mr. Farouta was working in a small inn before being arrested, all while attending high school in the fourth grade as well.

The security forces arrested this teenager from Mashhad on January 10th, 2018 in his own home for attending the January protests. The arrest occurred after they searched his home and seized his personal belongings.

A source told the campaign: “The court issued a bail of 500 million Tomans for his temporary release, but the family of Mahdi was unable to secure the bail due to financial problems.”

The protests began in Mashhad on December 29th, 2017, but unrest quickly spread to other cities, which in most of these areas, with the involvement of security forces, the protests were violent

Some of the detainees were temporary released on bail until the trial, and some were taken to prison.