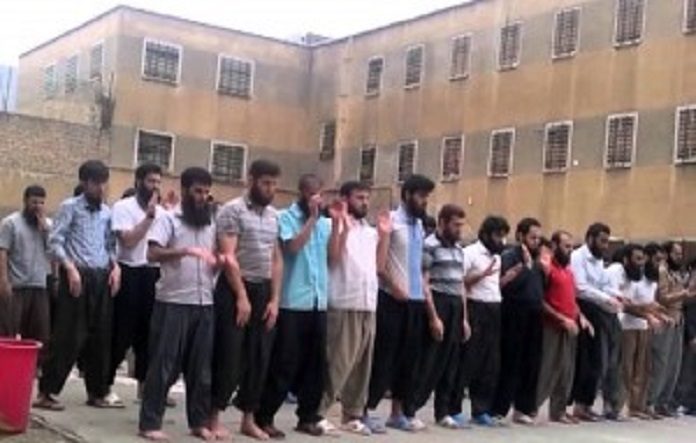 In a letter, the Sunni prisoners of conscience under political imprisonment in Saloon 21 of Rajaishahr Prison in Karaj announced their protest against the behaviors of the prison authorities, including the continued mistreatment, pressure, discrimination, and violation of their rights.

According to the Campaign for the Defense of Political Prisoners, the conscience-political prisoners in the Saloon 21 of the Rajaishahr Prison in Karaj, who have long been under pressure and discrimination by prison authorities, have expressed their objection to these actions in a letter.

According to the report, more than 30 Sunni detainees from different parts of Iran are being held at the Saloon 21 of the 7th District Hall of Rajaishahr Prison.

According to Sunni conscience-political prisoners, Gholamreza Ziaee, the head of Rajaishahr Prison and his vice-chairs, Ghobadi and Mohammadi, are among the key players in exerting these unfair pressures and discrimination.

According to Sunni inmates, the prisoners are protesting numerous violations, including:

۱- The ban of the required and available pharmaceutical items from these prisoners, endangering the physical, mental, and psychological well-being of those who are in need of treatment.

۲- Prevention of purchase of hygiene products, including shampoos and soaps, resulting in various skin diseases and hair loss.

۳- Prevention of the purchase and arrival of store items such as spices, beverages, vegetables, fruits, red meat and chicken, and fish.

۴- Increase in the price of the remaining goods in the prison shop in relation to the tariffs and rates set and the lack of supervision and follow-up of the inspection, despite repeated complaints by prisoners about this issue.

۵- The lack of quality of many fruits and vegetable despite the high prices, so more than half of the fruits bought at high prices cannot be used and should be discarded.

۶- Lack of quality of prison’s bread that has caused digestive problems for many prisoners.

۷- Lowering the quantity and quality of the prisoners’ allowance so that each prisoner does not have more than 30 grams of ration per week.