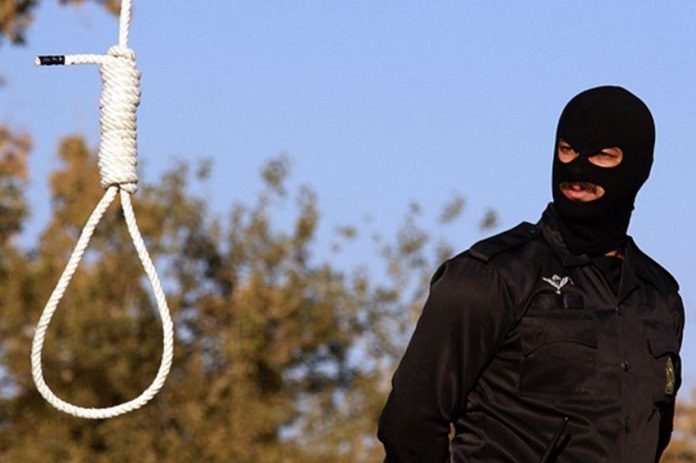 During the past few days, at least 6 prisoners were executed on charges of “murder” and “rape” in the Central Prisons of Ahwaz, Bandar Abbas, and Rajai Shahr of Karaj.

On Saturday, June 15th, 2019, “Mohammad Shekaf” from Lali city in Khuzestan Province who was convicted on charges of “intentional murder” and was sentenced to death, was executed in the Central Prison of Ahvaz.

According to the Human Rights Organization of Iran: “Mr. Mohammad Shekaf was arrested and sentenced to death in court for murdering two policemen, on January 29th, 2015.”

Mohammad Shekaf was transferred from Shooshtar Prison to the Central Prison of Ahvaz before being executed.

On the morning of Wednesday, June 19th, 2019, three prisoners were executed in Bandar Abbas Central Prison, according to ISNA. The three detainees were sentenced to death in a case of “rape.”

The rape that these detainees were arrested for happened in 2015, the report said.

No information has been published by any Iranian media regarding the details of these three prisoners.

According to information received by the Human Rights Organization of Iran, the two executed prisoners in Bandar Abbas have been identified as Moussa Sarbani and Rustam Shahri.

On Wednesday, June 19th, 2019 two people were executed in Rajai Shahr Prison in Karaj, both of which were sentenced to death for “murder”.

Fatemeh Nassiri, one of the executed prisoners, was transferred from Gharchak prison in Varamin (Rey city) to Rajai Shahr Prison for execution on Wednesday morning. She had been in prison for about 11 years.

An informed source told the Human Rights Watch of Iran: “Fatima Nassiri took the blame for the crime that her son had committed.”

At the time of the execution, two of her sons were present.

The identity of another prisoner who was executed on Wednesday for “murdering his wife” has not yet been not identified.

According to the annual report of Human Rights Organization of Iran, in 2018, at least 273 people were executed in various prisons in Iran, of which at least 188 people were sentenced to death for murder. 180 of the execution were not announced by authorities and accounted for approximately 66 percent of the executions this year.

The lack of grading for deliberate murder in Iran makes any kind of crime, regardless of the severity and weakness of the accused, result in the death sentence.