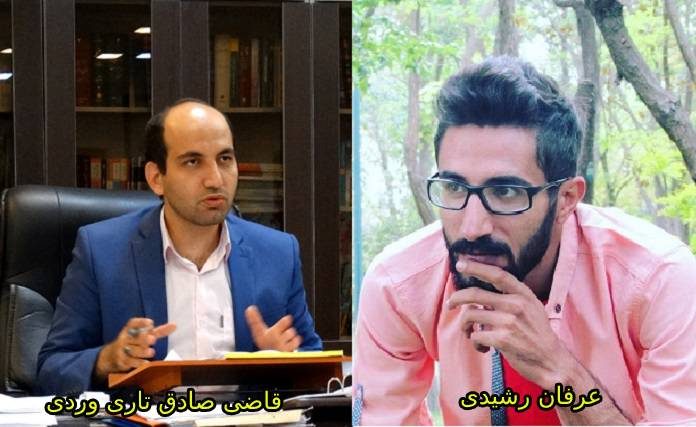 Erfan Rashidi, an environmental activist and resident of Paveh, has been sentenced to one year in prison and a two-year ban of civil activities and leaving the country by the Revolutionary Court’s Branch 1 on charges of “propaganda against the system”. The Kurdish residence was arrested at home by Kermanshah Intelligence Service agents in July 2019.

According to the Campaign to Defend Political and Civil Prisoners, Erfan Rashidi’s one year prison sentence was communicated to his lawyer Ghahreman Karimi by Judge Sadegh Tariverdi, the head of the first branch of the Paveh Revolutionary Tribunal.

On Wednesday, July 4th, 2018, the Intelligence Department agents arrested Mr. Rashidi at his home. After thoroughly searching his house and seizing some his personal items such as cell phones and laptops, he was arrested and transferred to the Kermanshah Intelligence Office for interrogation.

During his detention at the Intelligence Bureau Detention Center, Rashidi was informed of his case and charges of “propaganda against the system” and “acting against national security by cooperating with one of the Kurdish opposition parties” by Paveh’s public prosecutor and the Revolutionary Prosecutor’s Office. He denied the charges and emphasized his civil and environmental activities.

He was transferred to the Kermanshah Intelligence Service detention center on Thursday, July 12th, 2018, and was temporary released on bail.

Erfan Rashidi is a member of the Chia Environmental Association in Pave and a member of the Zhivai Pave Environmental Society. He, along with other environmental activists, played an important role in controlling forest fires in the Oraman region over the past few years. Also, following the Kermanshah earthquake, this civil activist has been active in public camps for several months to help earthquake-stricken people in Sar-e_Pol Zahab and surrounding area. He also cycled from Zarivar to Fereidounkenar in 2017, to deliver the message “No to killing migratory birds”.