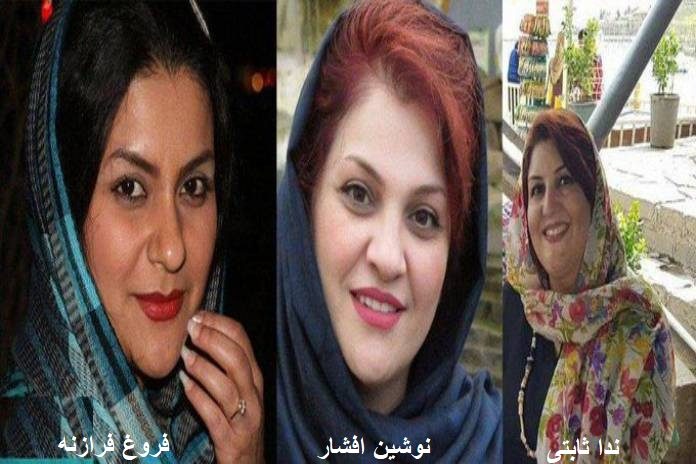 Neda Sabeti, Forough Farzaneh and Noushin Afshar, three Baha’i citizens from Abadan and Ahvaz, were sentenced to total of three years in prison.

According to the Campaign for the Defense of Political and Civil Prisoners, the Abadan Revolutionary Court has sentenced each of the Baha’i citizens, Neda Sabeti, Forough Farzaneh and Noushin Afshar, to one year in prison on charges of “propaganda against the system”.

According to an informed source, “The sentencing was communicated to their lawyers on Wednesday, October 9th, 2019.”

Neda Sabeti, Noushin Afshar, and Forough Farzaneh, three Baha’i citizens from Abadan and Ahvaz, were arrested by the Ahvaz and Abadan Intelligence Service forces on Sunday May 6th, 2018.  They were temporarily released from Sepidar Prison on Wednesday May 30th, 2018.

Intelligence officials told the families of the three Baha’is women that they will be released in an hour.

It is worth noting that during their detention their homes were searched, and their personal belongings, computers, and their family members’ computers were seized.

Neda Sabeti, Noushin Afshar and Forough Farzaneh were released from the Ahvaz Intelligence Ministry detention center on Saturday, June 12th, 2018, but were summoned and detained again on the following day.

Mistreatment of Baha’is has intensified in recent years, including the destruction of their cemeteries, arbitrary arrests, home raids, confiscation of property, job dismissal, and deprivation of their basic civil rights. Iranian Baha’i youth are still deprived of their university education, and any university in which Baha’i students are attending, are forced to expel them. Baha’i professionals are denied public office and are discriminated against by private companies for their beliefs. Even those who defend them are attacked.