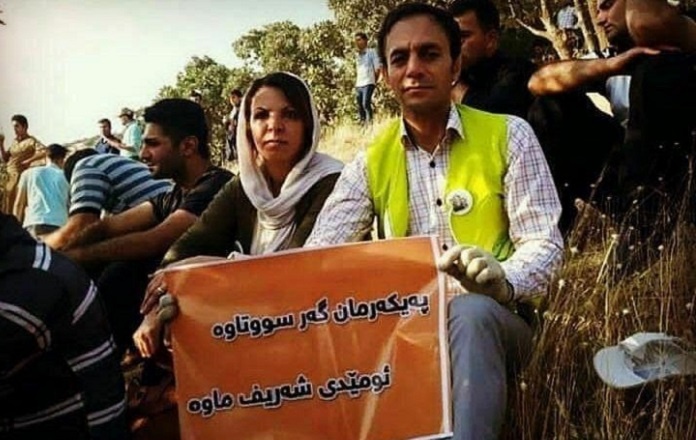 Cyrus Abbasi, along with his brother Azad Abbasi and his wife Farideh Vaisi, a civil activist from Dehgolan, were arrested by security forces at their workplace and taken to an unknown location.

According to the Campaign for the Defense of Political and Civil Prisoners, Cyrus Abbasi, along with his brother Azad Abbasi and his wife, Farida Weissi, were arrested by security forces at their workplace, Zanest Educational Institute, and taken to an unknown location on January 14th, 2020.

There is no exact information on the reasons for the detention and whereabouts of the three citizens of Dehgolan.

Previously, Cyrus Abbasi was arrested by security forces at his home, for his support of the demand of 14 civil society activists for resignation of Ali Khamenei and call for a free referendum on Friday, August 9th, 2019. He was temporarily released on bail on Monday August 12th, 2019.

Mr. Abbasi was charged in this case by the First Branch of the Public Prosecutor and the Revolutionary Guards headed by Omid Moradi for disturbing public opinion.