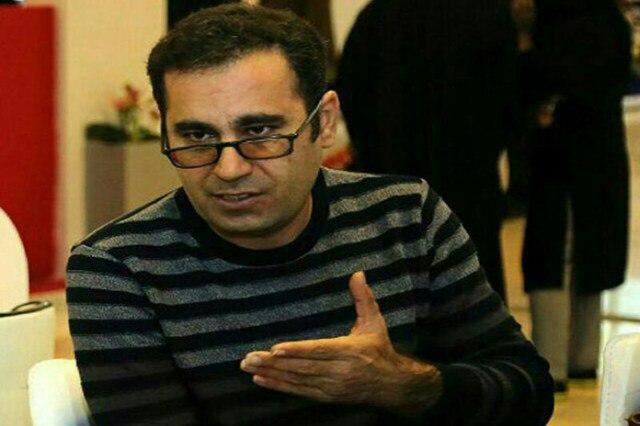 Mohammad Habibi, a teacher and cultural activist, was transferred from Evin Prison to  Greater Tehran Prison on the orders of the prosecutor.

A Teachers Seeking Justice telegram channel on Saturday, January 25th, 2020, wrote: “This sudden transfer comes at a time when Mr. Habibi should spend his sentence in Evin Prison like other political prisoners.”

The reasons for the transfer are not known, but teachers’ unionists say the judiciary has transfer him to increased pressure on him.

Mr. Habibi had previously been banned from visitation for six weeks due to a protest that he attended with several other prisoners in prison.

Mohammed Habibi and Farhad Meisami began their protest against ” reduce the visits of all political prisoners, eliminate the day of inmates’ visits to their children, ban books and publications, and to restrict phone calls” on Wednesday, October 9th, 2019.

Mohammad Habibi and Farhad Maysami said they were no longer sitting in the prison census queue and were reading a book in a corner outside the queue to show their protest to prison officials.

Mohammad Habibi in Tehran Revolutionary Court Branch 26, was charged with gathering and collusion for committing an offense against the security of the country to seven and a half years imprisonment , Propaganda against the system to 18 months imprisonment, disruption of the order to18 months in prison and 74 lashes, as well as a 2-year ban on activities in parties, political and social groups and the ban on leaving the country as a supplementary penalty. According to article 134 of the Penal Code, seven and half years of imprisonment would be applicable.

Branch 26 of the Tehran Court of Appeals upheld the Mohammad Habibi’s sentence of ten and a half years in prison issued by Branch 26 of the Revolutionary Court. The sentence was communicated to his lawyers on Monday, December 24th, 2018.

This teacher and civil activists who was beaten and arrested at a Tehran teachers’ gathering on Thursday, May 10th, 2018, after ten months of silence, in an open letter in Evin Prison wrote about his latest situation, “ I have faced lots of pressures and aggression including being beaten while being detained during a Teacher’s Day rally in front of my colleagues (a civil and legal assembly), sent to interrogation in an abnormal cover situation (torn clothes and pants and no shoes with bare feet). ), Sent to the Greater Tehran Prison with the same conditions and unlawful custody, inmate with theft and mischief defendants, and with the least human resources.”

Earlier, Hussein Taj, Mohammad Habibi’s lawyer, had said that Habibi was likely to be  expelled from teaching.

On May 26th, 2019, the “Defense Committee for Mohammed Habibi” mentioned in a news that the ministry had prepared the reason for Mohammad Habibi’s dismissal.