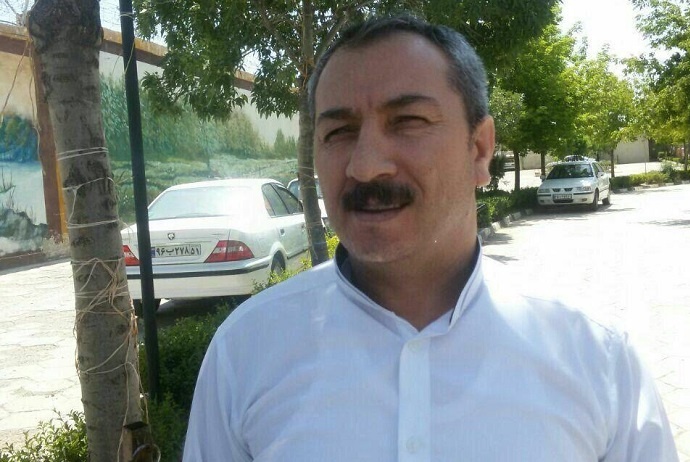 The death sentence of Mustafa Salimi, was carried out in Saqez Central Prison.

He was a Kurdish political prisoner who escaped from Saqez prison during the riot and was re-arrested,

According to the Campaign to Defense of Political and Civil Prisoners, the death sentence of “Mostafa Salimi” was carried out in Saqez Central Prison in the morning of Saturday, April 11th, 2020.

Mustafa Salimi, a 53-year-old Kurdish political prisoner, was arrested by the Kurdistan Regional Government a few days ago after escaping from Saqez Prison and was sent back to Iran.

Mustafa Salimi escaped from Saqez Prison along with 70 other prisoners during the Saqez Prison riot on March 27th, 2020. He was arrested by security forces after 10 days on April 6th, 2020.

It is worth mentioning that Mohammad Jabbari, Sanandaj prosecutor, has named him as the main designer of the Saqez prisoners escape.

Born on July 5th, 1967, Mostafa Salimi was a contractor for a gas company and was sentenced to death by a judge “Ghodini” in the Revolutionary Court. He is from the village of Ilo in the Tilko area of ​​ Saqez. He became a member of a Kurdish opposition party in 2001 and worked with the party for about three years.”

It is said that this political prisoner ended his cooperation with the party in year 2003 and then settled in one of his relative’s house in Nahavand city in Hamadan province. Security forces arrested him at the same time and after transferring him to the intelligence agencies and Sanandaj courts and Saqez, he was sentenced to death for acting against the country’s security.