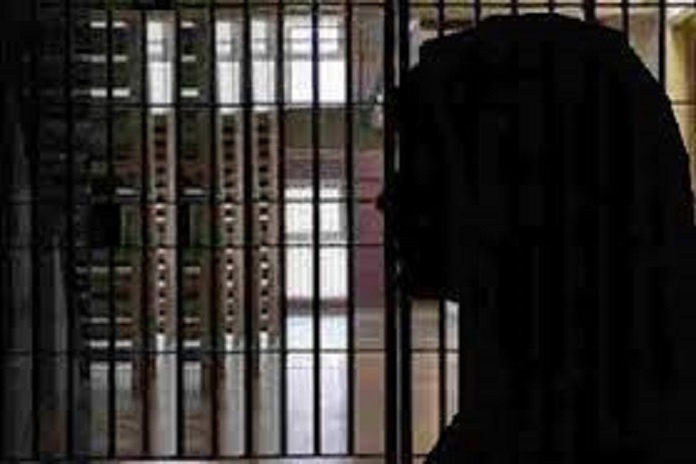 Sakineh Parvaneh, a political prisoner who was recently transferred from Evin Prison to Quchan Prison, has been on a hunger strike since October 31st, 2020.  On the eighth day of Ms. Parvaneh’s hunger strike, she reportedly sewed her lips together in protest and was then transferred to solitary confinement.

According to the Campaign for the Defense of Political and Civil Prisoners, yesterday, November 9, 2009, Sakineh Parvaneh, a political prisoner in Quchan Prison, who was on a hunger strike, sewed her lips together in protest.

It is said that the authorities of Quchan Prison transferred Ms. Parvaneh to solitary confinement yesterday November 8th, 2020.

Since October 31st, 2020, Sakineh Parvaneh has been on a hunger strike, protesting the possibility of her deportation to Isfahan Prison and her continued detention.

It is reported that Ms. Parvaneh was transferred from Evin Prison to Quchan Prison on October 27, and after two days of interrogation in the Revolutionary Guards Detention Center in this city, she was transferred to court. In court, however, the judge in the case said that there was a possibility of her deportation to Isfahan prison, which Ms. Sakineh Parvaneh had started her hunger strike in protest.

The Kurdish political prisoner, who had previously been sentenced by Branch 26 of the Islamic Revolutionary Tribunal of Tehran to 5 years in prison and 2 years ban from membership in political groups and communities, in a new case, was sentenced to 2 years in prison in July 2020.

Ms. Parvaneh had previously been transferred from Evin Prison to a solitary confinement cell in Qarchak Prison in March 2020 because of what officials at Evin Prison had described as “writing slogans in prison.”

In her new case, Ms. Parvaneh was charged with “disturbance in prison.”

The 29-year-old political prisoner had previously been transferred from Evin Prison to a solitary confinement cell in Qarchak Prison in March for painting the Kurdish flag and writing slogans in the prison. She was handcuffed and feet cuffed and was severely beaten by prison officials during the transfer. She was also held in solitary confinement in this prison for four days in handcuffs and feet cuffed and then transferred to Aminabad Psychiatric Hospital in Tehran.

While the Kurdish political prisoner was transferred from Qarchak Prison in Varamin to the quarantine ward of Evin Prison on Saturday, July 4th, 2020, the sign of bruises and beatings on her body were revealed.

Earlier, Sakineh Parvaneh, wrote in an open letter about how she was detained: “I, Sakineh Parvaneh was arrested by security forces in the early fall of 12019 under the pretext of visiting my family and was arrested in the Iraqi city of Sulaymaniyah. During my arrest, I was severely beaten, and my toenails were broken. I was transferred to the Iranian-Iraqi border, where the security forces asked me to express my disgust in a manuscript from a number of Kurdish opposition parties and to sign it and write that I had voluntarily surrendered to the Iranian forces. Unrealistic demands that I did not accept, and they faced my resistance. But they wrote a note and forcibly took my fingerprint and signed it. After that, I was detained for a week in a detention center in Marivan and 3 days in Sanandaj, until I was finally transferred to the IRGC Intelligence Detention Center, Ward 2A of Evin Prison. For some time, I was interrogated by Ministry of Intelligence agents in Detention Center 209 and held in solitary confinement. I was detained in solidarity confinement until I was finally transferred to the women’s ward of Evin Prison in March 2010.”