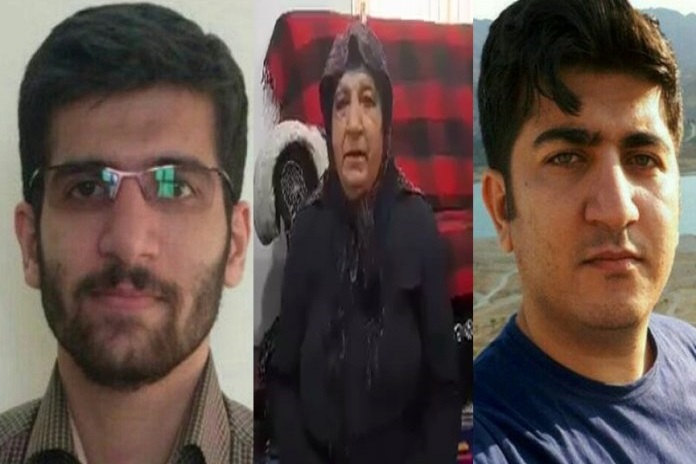 The mother of student activists Mojtaba and Morteza Dadashi released a video addressing Ayatollah Khamenei, the Supreme Leader of the Islamic Republic, and Ebrahim Raisi, the head of the judiciary, asked them to leave her children alone.

According to the Campaign for Defense of Political and Civil Prisoners, the mother of Mojtaba and Morteza Dadashi, referring to the raid on her home by Revolutionary Guards intelligence agents and the confiscation of the belongings of her two student children, told Ali Khamenei and Ebrahim Raisi to “end the harassment of her children.”

On November 15th, 2020, IRGC intelligence forces raided the Gilani family’s home in Rudsar, and while searching the home, they confiscated personal items such as laptops, tablets, SIM cards, personal and educational items, and even the notebooks of Morteza Dadashi, a senior student of applied chemistry at Amirkabir University, and his brother Mojtaba Dadashi, a senior student in international relations at Allameh Tabatabai University.

Earlier, the Campaign reported that Mojtaba Dadashi, a final year student at Hakim Sabzevari University, who had been transferred to prison to serve his three-year sentence on Saturday, April 13th, 2019, had been released because “part of his sentence suspended and the Supreme Leader pardoned.”

The eighth semester political science student at Hakim Sabzevari University wrote in a note on the news of his release: “I was released from prison today by suspending part of the sentence and pardoning the leadership from the rest of my prison sentence.”

He did not elaborate in this regard.

Mr. Dadashi was sentenced to 3 years in prison and 74 lashes.

On Wednesday, April 3rd, 2019, he was sentenced to three years in prison and 74 lashes on charges of “propaganda against the government,” “insulting the heads of the three branches,” and “insulting the leadership.”

Mr. Dadashi had previously was arrested after appearing in Branch 3 of the Sabzevar Public and Revolutionary Prosecutor’s Office on Wednesday, February 13th, 2019. He was temporarily released from Sabzevar Prison on 200 million Tomans bail on Saturday, February 16th, 2019.

The Sabzevar student also criticized the government’s policies and invited Ali Khamenei to the debate.