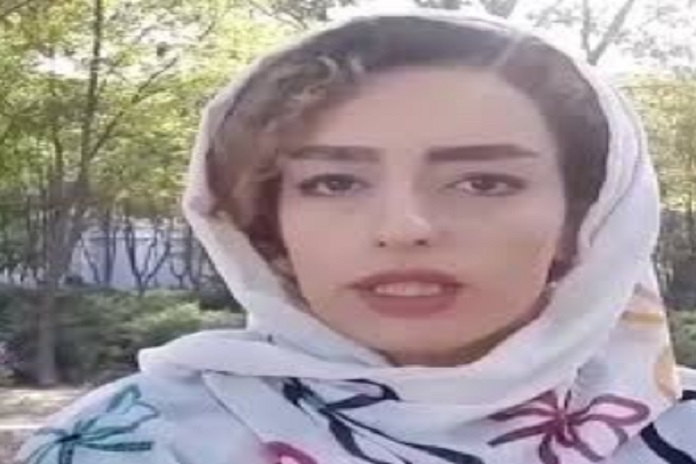 Zahra Nazouri, a civil activist and the wife of Abdolrasoul Mortazavi, a political prisoner imprisoned Evin Prison, was sentenced to one year in prison.

According to the Campaign for the Defense of Political and Civil Prisoners, the one-year imprisonment that previously was issued for Zahra Nazouri, a civil activist, by the First Branch of the Isfahan Revolutionary Court, was upheld by Branch 23 of the Isfahan Court of Appeals.

This civil activist was sentenced to one year in prison by Branch 1 of the Revolutionary Court of Isfahan, with Mahmoud Bahrami as advisor, on charges of “propaganda activities against the Islamic Republic.”

Branch 23 of the Isfahan Court of Appeals, presided over by Judge Hamid Reza Amani and counsellor Jamshid Ghanbari, upheld the verdict issued by the Court of First Instance against this civil activist on Saturday, January 2nd, 2021.

Examples of charges against the civil activist include “a report by the Isfahan Intelligence and Public Security Police,” “documents obtained from her cell phone,” and “preparing and publishing anti-regime clips in cyberspace.”

The indictment alleges that Zahra Nazouri published material protesting the conviction of her husband, Abdul Rasul Mortazavi (one of the signatories to a statement signed by 14 civil society activists that Ali Khamenei had resigned).

Abdolrasoul Mortazavi was arrested in front of the Public and Revolutionary Prosecutor’s Office in Mashhad, along with several other political activists on Sunday, October 12th, 2019.

He is one of the detainees associated with the 14-member statement, who is currently serving a prison sentence in Isfahan prison.