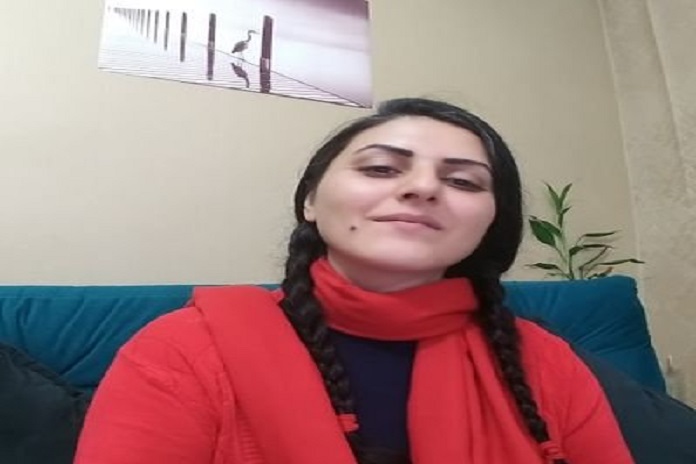 Golrokh Ebrahimi Iraee, a political prisoner, was transferred from the Qarchak prison in Varamin to the IRGC’s intelligence detention center in Ward 2A of Evin Prison a month ago, and her fate is still unknown.

According to the Campaign for the Defense of Political and Civil Prisoners, today, Thursday, January 14th, 2021, more than a month after Golrokh Ebrahimi Iraee was transferred from Qarchak Varamin Prison to the IRGC Intelligence Detention Center, Ward 2A of Evin Prison, her fate is still not known.

Golrokh Ebrahimi Iraee has been denied the right to call and visit her family since being transferred to Ward 2A of Evin Prison.

Ebrahimi Iraee’s family is concerned about the political prisoner’s health and the possibility of a new case and retrial.

Golrokh Iraee’s family is said to have been threatened through a telephone call by a Revolutionary Guards intelligence interrogator.

The intelligence agent threatened Iraee’s family and stressed that they had no right to be informed about the situation of this political prisoner.

The officials of Qarchak prison in Varamin and the prison special guard, insulted and beating Golrokh Ebrahimi Iraee in ward 8, and transferred her to the IRGC intelligence detention center called ward 2A of Evin prison on Sunday, December 13th, 2020.

Golrokh Ebrahimi Iraee and her husband Arash Sadeghi were arrested on by the IRGC’s Sarollah Intelligence Base on September 6th, 2014.

After her arrest, the Shahid Moghaddasi Prosecutor’s Office set an 80 million Tomans bail for “Golrokh Ebrahimi Iraee ” for her Facebook activities.

This political activist, after enduring about three weeks of detention in Ward 2A of the IRGC, was released on bail on September 27th, 2014.

Later, in May 2015, she was sentenced to six years in prison by Branch 15 of the Revolutionary Court of Tehran on charges of “insulting sacred things and propaganda against the regime.”

This sentence was upheld by Branch 54 of the Court of Appeals. Her sentence was reduced to 30 months due to Nowruz 2017 pardon.

Golrokh Ebrahimi Iraee was temporarily released from Evin Prison at the end of her sentence, on bail pending her new case process on Monday, April 8th, 2019.

Earlier, Branch 26 of the Tehran Revolutionary Court, presided over by Judges Iman Afshari, sentenced two civil activists Athena Daemi and Golrokh Ebrahimi in a joint case, opened in prison in 2018, to 2 years and one month in prison on charges of “insulting the founder of the Islamic Republic and the leadership”, and to one and half year in prison on charges of “propaganda against the regime.”

On Saturday, November 9th, 2019, security agents arrested Golrokh Ebrahimi Iraee at her home in Tehran without a court order and transferred her to Qarchak Varamin Prison.