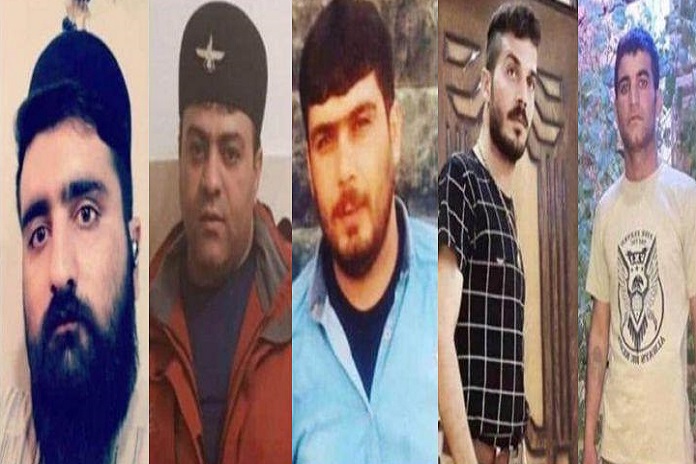 The Supreme Court accepted the request for retrial of five protesters sentenced to death in the nationwide December 2017 Protests.

The Supreme Court accepted the request for retrial of Mohammad Bastami, Majid Nazari Kondari, Hadi Kiani, Mahdi Salehi Qaleh Shahrokhi and Abbas Mohammadi, five citizens who arrested during the nationwide protests in December 2017, and imprisoned in Dastgerd Prison in Isfahan.

The Second Branch of the Isfahan Court had previously sentenced these detainees to death for the December 2017 nationwide protests, imprisoned in Dastgerd Prison in Isfahan.

According to the Campaign for the Defense of Political and Civil Prisoners, quoting the human rights website No to Prison, No to Execution, request for retrial of these citizens has been accepted under Article 477.

According to the indictment issued by the Islamic Revolutionary Tribunal of Isfahan, the charges against these citizens were “corruption on terrain through disturbing public security,” “leading rioters to disturb public order and security, and disturbing public opinion,” “fornication through “Effective efforts and activities to advance the goals of the rioters” and “Moharebeh through the use of firearms and the intention to deprive the community of security and shoot the officers” were described.

These five protesters were detained by security forces in Khomeini, Isfahan.

According to these detainees, they were severely tortured during interrogation and forced to confess against themselves.

It is said that the death sentence of these citizens was issued based on the forced confessions in their case.

The December Protests started in the city of Mashhad, on December 29th, 2017.

But unrest quickly spread to other cities, and in most of these areas the protests escalated into violence with the intervention of security forces.

During the protests in December 2017, a large number of people in different cities were arrested and interrogated.

According to news sources, at least 25 people were killed and about 5,000 detained during the protests across Iran.

In his last conversation, Interior Minister Rahmani Fazli acknowledged: “The protests of December 2017 took place in 100 cities in Iran, and these protests turned violent in 40 cities.”

Some of the detainees were released on bail pending trial, and some were transferred to prison.