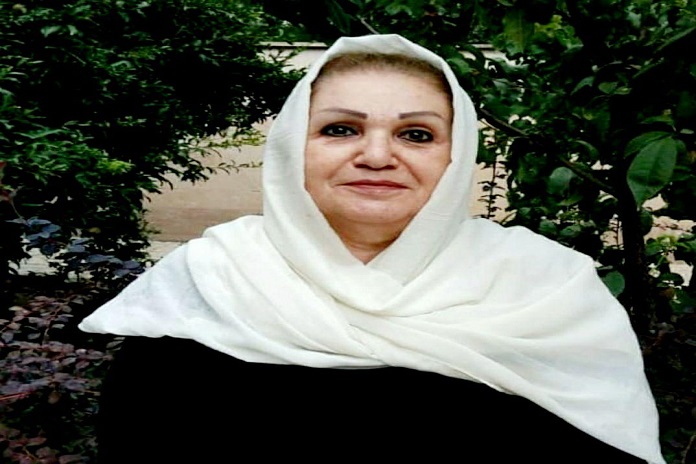 Raheleh Rahemipour, a civil activist and a member of the Mothers of Laleh Park, was summoned to the Tehran Public and Revolutionary Prosecutor’s Office to serve her sentence.

According to the Campaign for the Defense of Political and Civil Prisoners, Raheleh Rahemipour received an electronic summoned notification from the prosecutor of the First Branch of the Execution of Criminal Sentences of the Holy Martyr Court of Tehran on Wednesday, February 4th, 2021. She is summoned to serve her 6 years prison term.

According to the notification, Ms. Rahemipour must appear before the First Branch of the Execution of Criminal Sentences of the Holy Martyr Court of Tehran within five days from the date of notification to serve her sentence.

Raheleh Rahemipour, a civil activist and one of the detainees of the Laleh Park rally, was tried on charges of “propaganda against the regime” and “gathering and conspiracy” in Branch 15 of the Revolutionary Court of Tehran on Tuesday, June 16th, 2020.

This human rights activist and one of the activists of the Justice Movement, was arrested by the security forces, after attending a rally in Laleh Park, and was transferred to Evin Prison on Tuesday, November 12th, 2019.

Ms. Rahemipour was charged in the second branch of the Evin Prosecutor’s Office, headed by Investigator Nasiripour, on charges of “gathering, conspiracy and propaganda against the regime,” and was released on 300 million Tomans bail.

For years, Raheleh Rahemipour has been trying to find out the truth about the disappearance of her brother and nephew, who were in prison in the 1980s.

Her nephew, Golroo, was born in prison in May 1984, and while only 15 days, she was separated from hier mother under the pretext of receiving medical care and checkups. Officials later said she was dead, but never showed her death certificate or burial place. The Iranian judiciary also announced the execution of Hossein, Ms. Rahemipour’s brother, but did not specify his burial place.

In March 2015, the Justice for Iran filed a complaint with the UN Working Group on Enforced Disappearances, requesting that the fate of Hossein Rahemipour, a political prisoner in the 1980s, and Golroo Rahemipour, her missing child, be determined in Evin Prison. After reviewing the evidence submitted in connection with thess cases, the working group declared Golroo and Hossein Rahemipour as enforced missing peoples and on June 9th, 2016, called on the government of the Islamic Republic to be held accountable for the fate of this political prisoner and his missing baby.

“Ms. Rahemipour is enduring the pain and grief of the disappearance of her loved ones after their imprisonment, and an unjust prison sentence,” said Magdalena Maghribi, Amnesty International’s Middle East and North Africa deputy director. “Her arrest is further evidence of the government’s willingness to intimidate her and silence her.”

Raheleh Rahemipour was arrested by Ministry of Intelligence agents at her private home for pursuing the disappearance of her brother and nephew in the 1980s. On September 11th, 2017, the agents entered her house in the early hours of the night by a court order issued by Branch 6 of the Evin Court. After searching the house, they took her and her computer, cell phone and some of her personal documents. She was released on bail after about two weeks of interrogation in Ward 209 of Evin Detention Center.

Her appellate court was held in Branch 36 of the Tehran Court of Appeals on January 29th, 2019.

The sentence was changed to 8 million Tomans fine and was notified to her lawyer on April 9th, 2019.