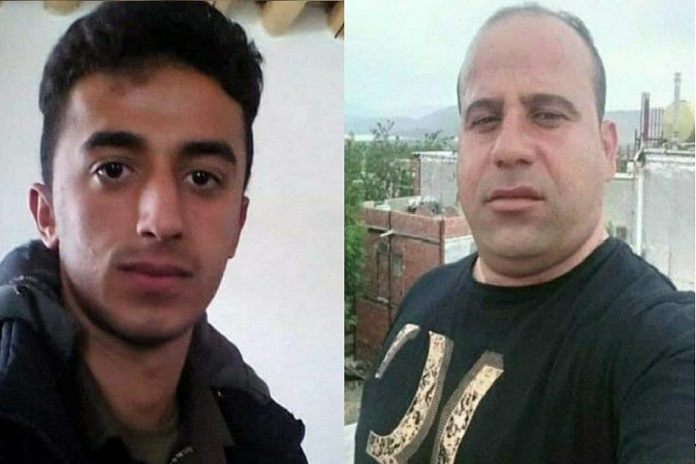 Two Iranian kurds from Marivan were detained by security forces and taken to an unknown location.

Salman Afra and Sivan Parto, two Iranian kurds, were arrested by security forces in the city of Marivan and taken to an unknown location on Tuesday, March 23rd, 2021.

The detention of these two Iranian kurds is said to have taken place without a court order.

The follow-up of the families of these Iranian kurds to find out their situation has so far been fruitless.

As of this writing, no exact information is available about the reason for the arrest and the charge against Salman Afra and Sivan Parto.

It is believed that these people were arrested in connection with the Nowruz celebrations.

Salman Afra has been arrested and convicted before.

Mr. Afra was summoned to the press office of the Marivan Intelligence Office by telephone on November 18th, 2018.

After appearing at the security institution, he was arrested on charges of “collaborating with Kurdish opposition parties to the Iranian government” and was transferred to the Sanandaj Intelligence Detention Center for interrogation and completion of the case.

Mr. Afra was temporarily released on bail on January 18th, 2019.

Salman Afra, 24, was sentenced by the Revolutionary Court to five years in prison on charges of “collaborating with Kurdish opposition parties to the Iranian government.”

Following Mr. Afra’s appeal against the sentence and its retrial in the Court of Appeal, the sentence was reduced to one year in prison.

He was transferred to Marivan Prison to serve a year in prison on Saturday, January 25th, 2020.

Salman Afra was released from prison following the announcement of a new amnesty for the judiciary on the occasion of Nowruz 2020.

According to the Campaign for the Defense of Political and Civil Prisoners, quoted by Kurdpa, the identities of Salman Afra, son of Rahmat, and Sivan Parto, son of Zahrab, both residents of the village of Ney in the city of Marivan in Kurdistan Province, have been identified.