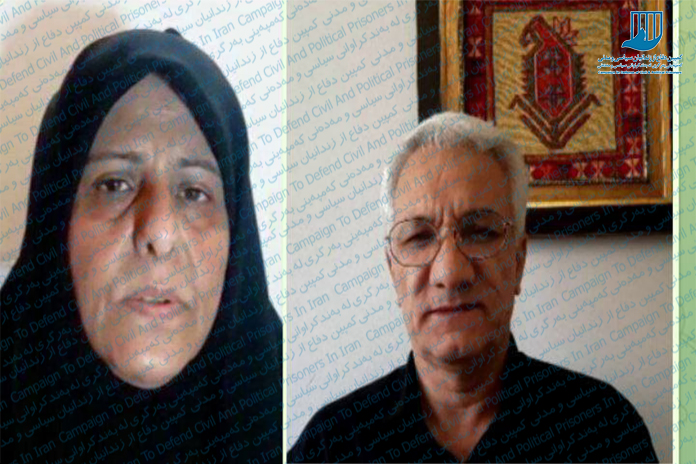 On Sunday, August 1st, 2021, during a protest rally by civil activist in support of the people of Khuzestan and frustration with the current situation in Mashhad, after arrival of security forces, two activists Javad Laleh Mohammadi and Fatemeh Sepehri were arrested.

According to the Campaign for the Defense of Political and Civil Prisoners; On Sunday, August 1st, 2021, during a protest rally two citizens of Mashhad, Javad Laleh Mohammadi and Fatemeh Sepehri, were arrested by security forces and taken to an unknown location.

As of this writing, the exact fate and whereabouts of the detainees are unknown.

Fatemeh Sepehri and Javad Lal Mohammadi were among the signatories of the petition for the removal of the Supreme Leader and the end of Velayat-e-Faqih, who already have a history of arrest and conviction in their case.