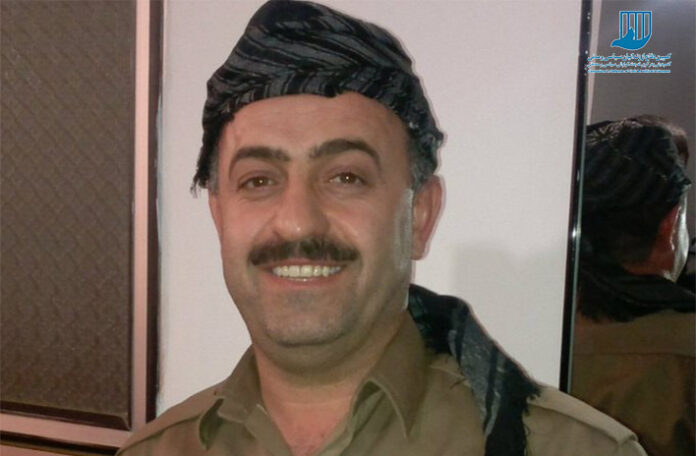 While the reports indicate that Haidar Ghorbani, an Iranian-Kurd political prisoner, may be executed. Demands on social media have risen in opposition to his execution. Haidar Ghorbani’s family and relatives say: “He is innocent and his confessions were forced by torture during interrogation and are invalid.”

According to the Campaign for the Defense of Political and Civil Prisoners; Protests by human rights groups over the possible execution of Haidar Ghorbani, a political prisoner held in Sanandaj Prison, have intensified.

Saleh Nikbakht, a relative of Mr. Ghorbani, said: “The possibility of his sentence being carried out in the coming days has become stronger and he called on human rights organizations and Iranian citizens to protest against the execution of this sentence.”

Amnesty International recently tweeted that Mr. Ghorbani had been “tortured” and called for his death sentence to be overturned immediately.

The Revolutionary Court of Sanandaj has sentenced Haidar Ghorbani to death on charges of ” revolt ” (armed insurrection). While the condition for committing the crime of ” revolt ” is membership in an armed group and the use of weapons against the Islamic Republic. My client “has not confessed in this regard, even in the difficult and painful circumstances he has experienced, and the only reason and evidence to prove this accusation is “the claim of the intelligence office of Sanandaj and Kamyaran.”

The Iranian government has accused Mr. Ghorbani of membership in the Kurdistan Democratic Party of Iran and an armed insurgency. But human rights organizations say; He is a political prisoner and his confessions in this regard were under torture and are invalid.

Haidar Ghorbani, a residence of Kamyaran, was arrested by security forces in October 2016. He was interrogated and physically and mentally severely tortured for several months in the detention center of the Sanandaj Intelligence and Intelligence Bureau in order to be forced to make confessions.

Haidar Ghorbani was sentenced to death by Branch 1 of the Revolutionary Court of Sanandaj, headed by Hossein Saeedi, on charges of “revolt” and “cooperation and membership in the Kurdistan Democratic Party of Iran” in January 2020. The sentence was officially communicated to him in Sanandaj Prison on January 28th, 2020.

This sentence was approved by Branch 27 of the Supreme Court on August 6th, 2020. A month later, the request for retrial was rejected by the Court. Haidar Ghorbani is currently being held in the political ward of Sanandaj Central Prison.