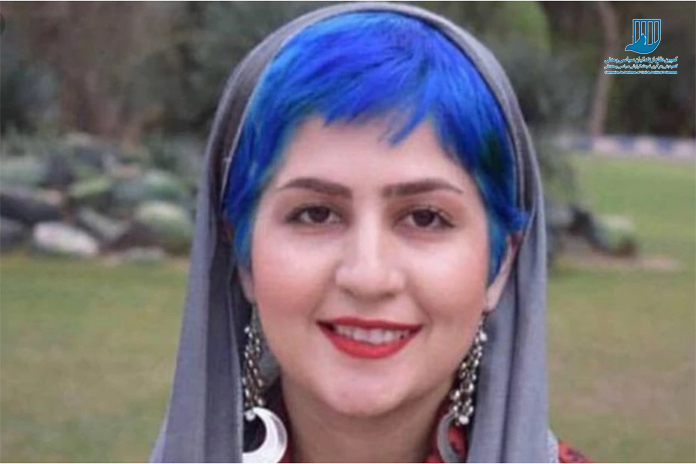 According to the Campaign for the Defense of Political and Civil Prisoners; Sepideh Ghaliyan, a civil activist, was transferred to Evin Ward 209 Detention Center on Thursday, October 14th, 2021.

The civil activist, while on temporary prison leave, was arrested by security forces at her sister’s house in Ahvaz on Monday, October 11th, 2021.

Amir Raisian, a lawyer, wrote in a note on his personal page announcing the news “few hours ago, Sepideh Ghaliyan called her family and informed them that she was transferred from Ahvaz to Bushehr and then to Tehran and Evin prions (ward 209). It seems that this transfer is for investigation and interrogation for a new case (disclosure of materials from Bushehr prison).”

Sepideh Ghaliyan while on temporary prison leave, was arrested by security forces at her sister’s house in Ahvaz on Monday, October 11th, 2021. Earlier, an informed source told HRANA that during the arrest, 30 male and female agents went to Ms. Qalyan’s sister’s house and confiscated all the family’s cell phones.

Ms. Ghaliyan, who had previously been sent on leave from Bushehr Prison on August 19th, 2021, published the news of her summons on her personal page and wrote: “Bushehr Prison called me ten days ago that I should return to Bushehr Prison. When I tried to return to Bushehr prison, I was told that I had to go to Tehran and that the office of Sentences execution in Tehran would decide which prison I will be transferred to. Probably, they are going between their prisons to see what prison is worse than Bushehr.”

Sepideh Ghaliyan was previously arrested on Sunday, January 20th, 2019. She was released on bail from Qarchak Prison in Varamin on Saturday, October 6th, 2019.

Sepideh Ghaliyan, one of the Haft Tappeh defendants, who was sentenced to 19 and a half years in prison, was on a hunger strike in Qarchak Prison in Varamin from Sunday, October 20th, 2020. She broke her hunger strike on the promises of prison authorities to peruse her demands on the morning of Friday, October 25th, 2019.

Sepideh Ghaliyan was first arrested on November 18th, 2018. She was released on of 500 million Tomans bail in December, but was arrested again in Ahvaz on Sunday, January 20th, 2019. She was transferred from Sepidar Prison in Ahvaz to Evin Prison on Sunday, April 28th, 2019.